Sierra Bermeja declared a disaster zone by the Government 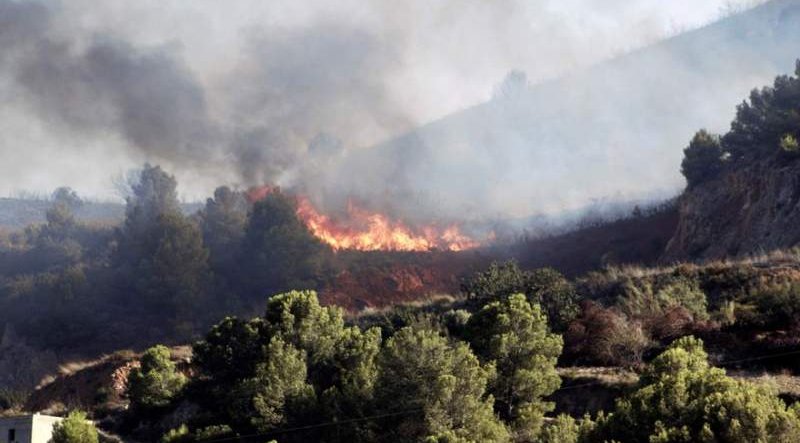 During their meeting today, Tuesday, September 21, the Council of Ministers has declared the fire-affected region of Sierra Bermeja in Malaga province to be a disaster zone, which refers to any areas that have been seriously affected by civil protection emergencies (ZAEPC), while the Gualchos area in Granada province was also declared the same.
This agreement includes emergencies that have occurred after August 24, which was the date on which the Council of Ministers had adopted a resolution of similar characteristics to deal with similar episodes during the previous summer weeks.
A number of serious fires were included in today’s agreement, including those in Caceres and Ribas de Sil (Lugo), Buñol (Valencia), La Orotava (Santa Cruz de Tenerife), Merindad de Rio Ubierna (Burgos), Orihuela (Alicante), Graus (Huesca), Ayoo de Vidriales (Zamora), Ayoo de Vidriales (Zamora), Cueva de Agreda (Soria), and Boca de Huergamo and Serrilla (Leon).
Regions hit by bad flooding were also included in today’s agreement, which included the incidents in Alcanar (Tarragona), Benicassim and Vinaros (Castellon), Mallorca, Menorca, and Toledo, with Juanma Moreno, the president of the Junta de Andalucia making the request last Friday, September 17 for Sierra Bermeja, while on his visit to inspect the devastated area of countryside.
Initial reports have claimed the blaze burned almost 10,000 hectares, which has affected 54 farms of both agricultural and livestock, with one area of 160 hectares, which is made up 90 per cent of chestnut tree groves, and another 110km of riverbeds.

The emergencies reached such a scale in each of the mentioned incidents that each regional administration was forced into activating their respective protection plans, as had been established by the General State Emergency Plan, (PLEGEM), that had been approved on December 15 by the Government, which now allows the declaration of ZAEPC.

In most cases, the final count of damage has not been fully listed, with all aspects of the events needing to be taken into account, including personal damage, along with damage to farms and crops, industrial estates and other productive facilities, infrastructures, all still needing to be identified and quantified.

In spite of this information not being available yet, the Government has justified the intervention of the General State Administration after carrying out an assessment of the magnitude of the damages caused by all these events, and all the aid available in these areas declared as ZAEPC are foreseen and regulated in Royal Decree 307/2005, of March 18, which establishes the procedure for its concession, as reported by diariosur.es.