La Palma: Area covered by lava grows by 50 per cent in 12 hours 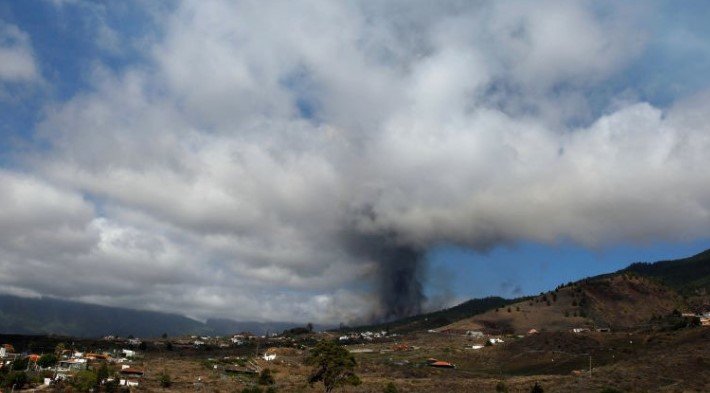 The amount of land on La Palma covered by lava has grown by 50 per cent in just 12 hours. Some 200 homes have been destroyed.

Lava from the Cumbre Vieja continues to roll towards the sea obliterating nearly 150 hectares of land, some of it prime farmland. Some 200 homes have also been engulfed by the molten rock and 6,000 people have been evacuated to temporary accommodation.

The eruption on the island of La Palma is currently emitting between 7,997 and 10,665 tons of sulphur dioxide (SO2) per day into the atmosphere, according to data from the Volcanological Institute of the Canary Islands.

On September 21, after the meeting with the Steering Committee of the Special Plan for Civil Protection and Attention to Emergencies due to Volcanic Risk, Prime Minister Pedro Sanchez confirmed that the Council of Ministers will take on Friday “the first steps to activate the procedure for the declaration of a Civil Protection emergency zone by the Government of Spain.”

“They are going to be long weeks in which we will have to work together with all the institutions to be able to assess the damage,” Sanchez said.

“I want to make it clear that the management of the crisis will not end when the lava reaches the sea, but when La Palma recovers its normality. That is where the Government of Spain and the rest of the administrations will be,” he added.

“We must avoid proximity to the magma and the volcano and keep the roads as clear as possible. There is still a risk of evacuation and it is important that all emergency services can operate as quickly as possible in the face of this highly unpredictable event,” he said.