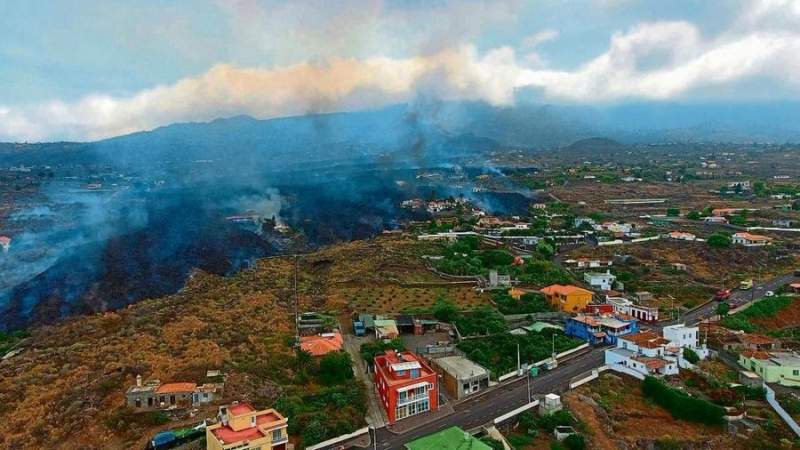 La Palma volcano enters a more explosive phase in its progression towards the coast.

The La Palma volcano has entered a more explosive phase as it continues its progression towards the coastal area, splitting into several ‘tongues’, according to the president of the Association of Producers of Canarian Banana (Asprocan), Domingo Martín.

The lava is destroying everything in its path as it heads to the coast of La Palma, although at a slower rate than expected, approximately 120 meters per hour, reaching temperatures of over 1,000 degrees.

The communications network, the power lines, the roads and the irrigation pipes that supply water to the banana plantations have all been either totally destroyed or damaged beyond repair.

Since the volcano erupted last Sunday, September 19, the lava has already washed away 180 homes, according to data from the European Copernicus Satellite System that is monitoring the emergency from space, however, the Island authorities have been warned that this number is sure to rise.

The eruption on La Palma has been a “hard blow” for the island’s economy. The municipalities of El Paso and Los Llanos de Aridane. These areas have been the most affected by the lava flows that descend from the mountains to the coast as they are used exclusively for agriculture.

Almost 20% of the island’s banana production is harvested in this area, which is the main economic activity on La Palma, and today, Wednesday, September 22, some 400 hectares are threatened by the molten lava.

The main drift, which is advancing at a speed of 200 meters per hour, entered the Todoque neighbourhood yesterday, which is one of the last towns before entering the large banana plantations of Los Llanos de Aridane, of great economic and scenic value.

Every year 20 million kilos of bananas are produced there, if lost to the crisis, this would be an economic disaster for the Island and its community.

The main worry for the Islanders is if the lava connects with that acid rain will be produced which will cause even more damage and possibly claim lives.