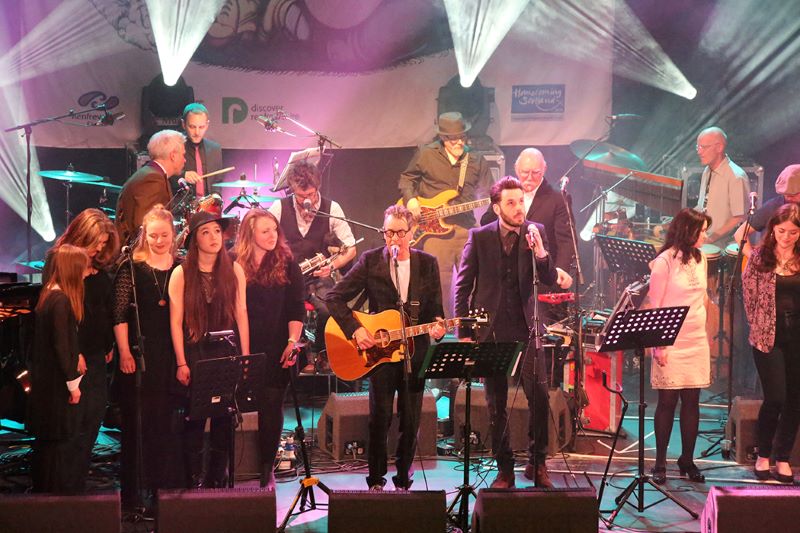 GERRY RAFFERTY album started in 2006 finally released posthumously to critical acclaim as a fitting memorial to the Scottish musician.
Many people will remember Gerry Rafferty the singer and musician who had two enormous hit singles with Stuck in the Middle with You (as part of Stealers Wheel) and Baker Street under his own name.
After years of patient work, his daughter Martha has sorted through a huge library of demo tapes and with the help of many of his friends who had played with him over the years as well as a young producer she issued this month his eleventh solo album Rest in Blue.
One of his early friends and drinking partner, Patrick Knowles who now lives on the Costa del Sol and has had a musical career himself told Euro Weekly News about his relationship with one of Scotland’s favourite musicians.
They met by chance when both were long term guests at the Cavendish Court Hotel in Maida Vale in the early 1970s as Gerry having left the Humblebums (his folk group with Billy Connolly) was getting Stealers Wheel together.
The two hit it off straight away and spent many nights at the famous Ronnie Scott’s jazz club in London and as the two were in their early 30’s they both enjoyed a few drinks and singing Irish Rebel songs since both were Catholics.
They kept in touch for some considerable time and Patrick still speaks to daughter Martha who explained to him the background surrounding the new album.
There are two very interesting pieces of information about Rafferty’s best-known songs, the first being about the lyrics of Stuck in the Middle with You which include the phrase “Clowns to the Left of Me, Jokers to the Right, here I am Stuck in the Middle with You.”
Written by Rafferty, it is basically a dismissive tale of the music industry and the people working in it who he believed took advantage of musicians generally.
It obviously struck a chord with Quinten Tarantino who included it on the soundtrack of Reservoir Dogs
The other ‘controversy’ surrounds the signature alto sax breaks played by Raphael Ravenscroft on Baker Street with Ravenscroft claiming he came up with the music itself but as has been proven by the release of an original demo, Rafferty composed it on guitar but didn’t think the sound was strong enough.
Gerry Rafferty died of complications of the liver caused by his excessive drinking in 2011 but his legacy continues both with these two hugely successful singles and body of work but also thanks to the continued involvement of his daughter Martha who continues to run the informative https://www.facebook.com/OfficialGerryRaffertyPage.