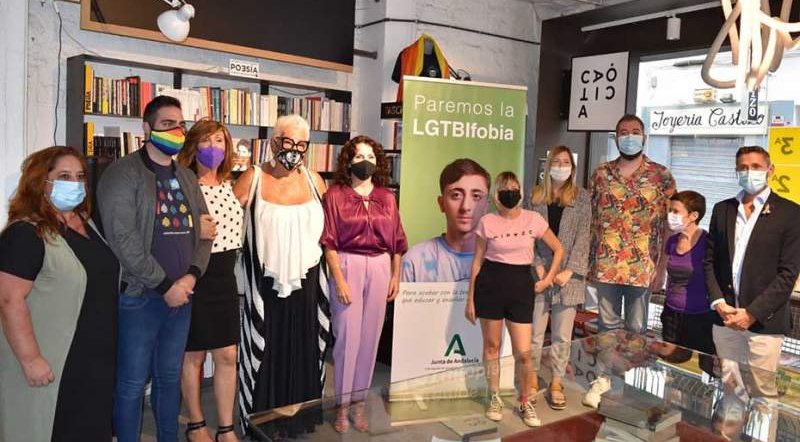 The Minister of Equality, Social Policies and Conciliation has presented the first public campaign to raise awareness of hate crimes against the lgtbi community.

The Minister of Equality, Social Policies and Conciliation, Rocio Ruiz, has presented the first public campaign that the Junta de Andalucia launches to raise awareness against lgtbi hate crimes.

“This campaign addresses the demands of the groups to help them make visible, raise their voices and occupy spaces at a time of special concern in the face of this type of attack,” Ruiz stressed.

“We want to encourage the whole of society to get involved and stand up to hatred because visibility is essential to become aware of these attacks,” he added.

The campaign has been presented coinciding with the International Day for Bisexual Visibility, and in a context of an upturn in these speeches and hate crimes, Ruiz said, which has been accompanied by representatives of LGTBI entities and groups.

Between 2016 and 2020, this type of aggression grew by 17 per cent, and, although the lockdown caused a reduction, in the first six months of 2021 there is already an increase of 9.3 per cent in crimes motivated by sexual orientation or gender compared to pre-pandemic numbers.

“Today, unfortunately, it is more important than ever to educate and raise awareness on equality, and this is what we do from this Ministry and from the Government of Andalucia,” stressed the councillor, insisting on coeducation as the only formula to promote respect for the other.

“This is what we have been doing since we came to the Board almost three years ago, but now we have to take another step at a very difficult time in which the administrations, the public powers, must take a firm stand in the defence of human rights”.

Under the slogan ‘Stop lgtbiphobia’, the campaign consists of posters, graphic material and six spots that collect personal testimonies of how hate speech is permeating daily life.