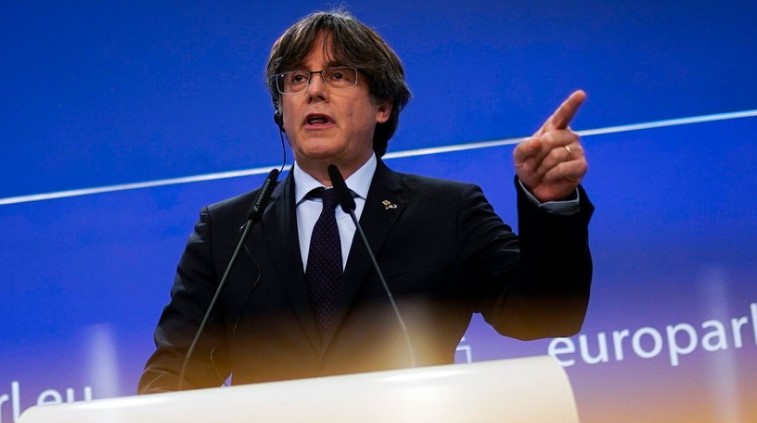 CARLES PUIGDEMONT the fugitive former president of the Generalitat has been arrested in Sardinia, Italy

Carles Puigdemont, the former president of the Generalitat, who has been a fugitive from Spanish Justice since 2017, was finally arrested on the evening of Thursday, September 23, by the Italian authorities in L’Alguer, Sardinia, who subsequently informed the Supreme Court in Madrid of his capture, as confirmed to ABC by high court sources.

Gonzalo Boye, his lawyer, confirmed the arrest, and pointed out that “it is on the basis of the Euro Order of October 14, 2019, which, by legal imperative, as established by the CJEU Statute, is suspended”.

His arrest is the result of the active search and capture order that had been issued by Judge Pablo Llarena on October 29, 2017, with the sources indicating that Puigdemont will have to regularise his situation based on what is specified in the Euro-orders, and although it is believed the actual arrest was a very quick operation, no details are yet available.

On July 30, the General Court of the European Union (TGUE) had withdrawn the parliamentary immunity of the ‘expresident’, along with that of his former councillors, Toni Comin and Clara Ponsati.

One month earlier, the same court had temporarily granted them the protection they had demanded, until it decided to accept the petition requested by the Supreme Court, as opposed to the appeal that the three MEPs had presented against the decision of the European Parliament.

Justice has not stopped insisting that Carles Puigdemont answer for his acts, ever since he fled the country in 2017, after proclaiming the independence of Catalonia and the application of article 155 of the Constitution, and Moncloa assures that, “The arrest of Puigdemont is due to an ongoing judicial procedure that applies to any citizen in the European Union, who must answer for his actions before the courts”.