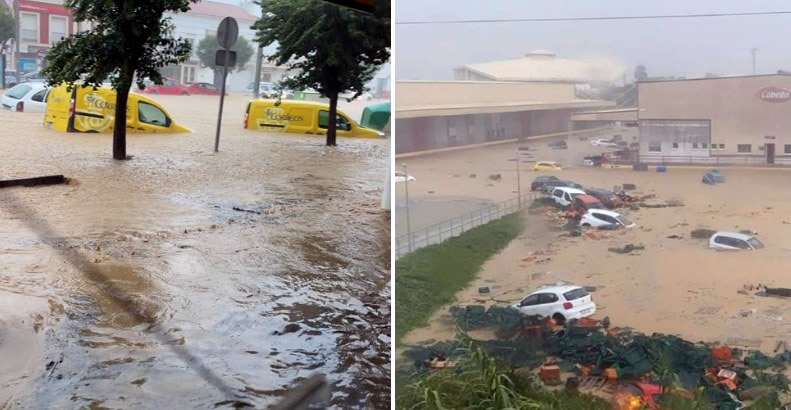 EMERGENCIAS 112 Andalucia has reported dealing with around 300 incidents in 90 minutes in Huelva province on Thursday, September 23

Between 9am and 10.30am on Thursday, September 23, Emergencies 112 Andalucia reportedly attended to more than 300 incidents relating to the heavy rains that hit the Huelva province municipalities of Isla Cristina, Ayamonte, and Lepe, causing unexpected and widespread flooding of homes and businesses.

112 says that the majority of calls have been with regards to the flooding of homes, shops, public facilities, and buildings that were surprised by the sudden rise in water levels due to the heavy rains that had fallen.

Among the most notable incidents was the entry of water into a school in Isla Cristina on Avenida Federico Silva Muñoz, and a nursery on Calle Cervantes in the same municipality, while the heavy downpour also created complications in a nursing home on Avenida Gran Via de Isla Cristina.

In Lepe, two nurseries requested help from the emergency services due to the flooding of their respective premises, while the water also entered the La Antilla health centre, and the Hospitality School, with several hotels on the coast also reporting problems due to water entering their facilities.

There were recurring calls for problems in the public road, with flooded streets and squares, even causing some vehicles to get stuck due to the accumulation of water on the roads, although there have been no reports of personal injuries in any of the incidents.

Such was the intensity of the rainfall that the Municipal Emergency Plans (PEM) of Isla Cristina and Lepe had to be activated, while the State Meteorological Agency, AEMET, maintained the orange warning for rains for the entire province in Huelva until 9pm on that same Thurday evening, with an estimated 40 litres/m² thought to have fallen in just one hour, while in Ayamonte, the intensity was even worse, where 60 litres/ m² was recorded in one hour, as reported by juntadeandalucia.es.

Thankou for reading, and don’t forget to check The Euro Weekly News for all your up-to-date local and international news stories.