How Being Deployed in Afghanistan Transformed Taylor Spadaccino’s Life 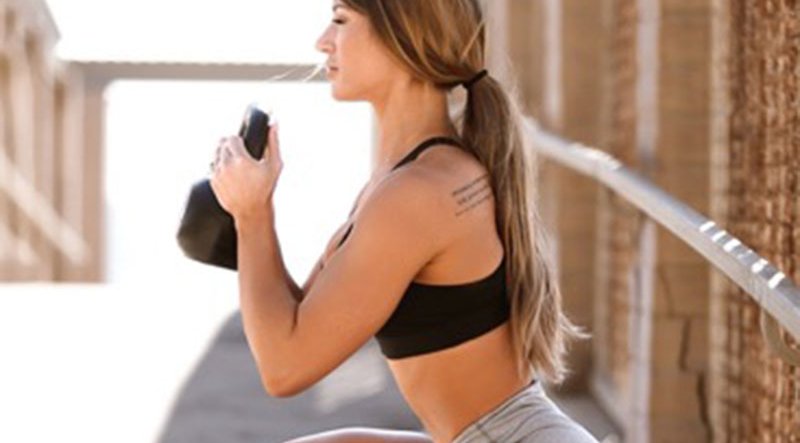 Taylor Spadaccino (taylor_spadaccino) is a stunning 32-year-old fitness model who has experienced extreme popularity and success as a major influencer on Instagram, having reached 750,000 followers as of September 2021. However, she was not always the fitness addict today, and has previously described herself as “a little weakling”. This was until she joined and served in the United States Marine Corps (USMC) in support of Operation Enduring Freedom (OEF).

Here, Spadaccino claims that touring in Afghanistan for OEF changed her life for the better; transposing her view on fitness holistically. But how exactly did deployment in Afghanistan transform Spadaccino’s life, and why fitness? The answers to these questions and more will be found below.

Time in the USMC

Once Spadaccino had finished High School, the beautiful model decided to join the USMC. During her time with them, Spadaccino finished an impressively long four-year term – including a seven month deployment abroad in Afghanistan. She was honourably discharged in 2014.

So how did serving at war stoke Spadaccino’s passion for fitness? As a self-described ‘skinny girl’ before her experience at war, the model states she began to lift weights in her spare time while on tour as there weren’t many other pastimes to entertain herself with. It was here that Spadaccino realised her passion for fitness and decided to pursue it seriously.

As they say, success is more than the sum of your daily actions, and Spadaccino could only watch as her most daring fitness goals continued to be met, one after the other; all as a result of a sum of small efforts, repeated day in and day out. It is no surprise, after all, that the institute that revolutionised fitness with military exercises like the push up, deadlift, plank and squat was able to transform Spadaccino into a strong, beautiful woman.

Life After the Military

After returning from her tour in Afghanistan, Spadaccino decided to listen to this desire to workout by pursuing bodybuilding in the professional division of the International Federation of Bodybuilding and Fitness (IFBB). She was extremely successful and found herself in possession of a pro card within a couple of years. All of this whilst studying a bachelors in accounting.

Competitions, and the training involved for them, only fueled her passion further – with Spadaccino commenting that “with each passing day, I like[d] myself more and more, and worried less and less about what the world wanted me to be”. Her career in the professional bodybuilding world was short-lived however, when Spadaccino realised her true passion for sharing the gift of exercise with her followers.

It was around this time that her following on Instagram was beginning to pick up, so Taylor decided to transition into a fully-fledged fitness influencer on the app. She is most notable on the app for her “strong women can be sexy” attitude which quickly amassed a following of 750,000 people.

Why this Is Important

Spadaccino’s backstory and route into bodybuilding is important as it outlines why she is special in the world of Instagram fitness; what makes her different and why this is pivotal to her current and future success in the industry. She has presently already acquired over 750,000 followers on her account in such a brief period of time, but will only see this number grow as time continues to pass.

Spadaccino’s military background is special, not only because it is rare (only 7.3% of Americans have ever served, according to the Department of Veteran Affairs), but because it reflects greatly about her character: a pivotal reason for people following her. Serving in the army requires an extraordinary amount of bravery and character, something the general Instagram model is lacking and something her followers can appreciate.

Time in the military is certain to alter the way we view our lives, but to transform one’s life the way Taylor Spadaccino has is remarkable. Spadaccino’s remarkable character, as evidenced by her eagerness to join the USMC, was only built upon during her time spent with them. But this was not the only thing that was built – she acquired the body of her dreams and now helps many others do the same with her inspirational posts on Instagram.