Summer tourism in Malaga province up by 74% compared to 2020 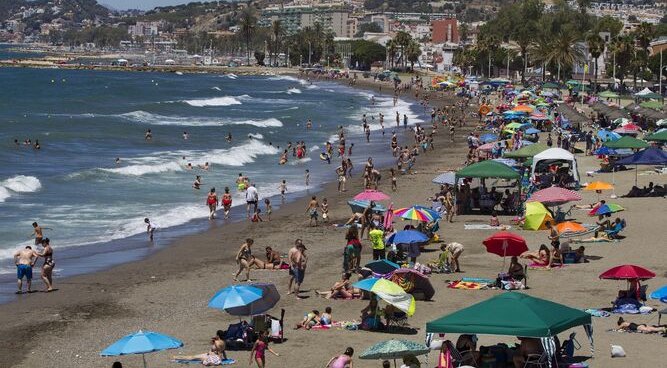 Summer tourism in Malaga province up by 74% compared to 2020. image: Wikipedia

Summer tourism in Malaga province is up by 74% compared to the same period last year.

Tourist figures for Malaga in summer 2021 have confirmed a significant rebound in travellers and hotel stays compared to last year, which was heavily weighed down by the impact of the pandemic.
However, the volume of visitors is still lower than in 2019, the last period of economic normality before the outbreak of the coronavirus.
According to the Hotel Occupancy Survey published yesterday, Thursday, September, 23, by the National Institute of Statistics (INE), August closed with 621,842 travellers and 2.3 million overnight stays, a volume that increased by 74% and 112% respectively the records of the same month in 2020, although it remains 10% and 15% below pre-pandemic levels.

The accumulated total for the year leaves Malaga, for the moment, with 1.9 million hotel visitors and six million stays, figures which are still far removed from the more than four million tourists and 14.3 million overnight stays registered at these heights of the year 2019.

The report confirms again that it is Spanish tourists who are mainly supporting the rise in figures with 64% of the visitors arriving in Malaga in August (almost two thirds) were nationals and the other 36% foreigners when in the pre-pandemic era it was the opposite way round.

With regard to overnight stays, the national market was the one with the highest percentage in the data, occupying almost 60% of the total. The same pattern is being repeated in the figures so far this year, confirming on the one hand that Spaniards have chosen this year to focus on holiday destinations in their own country, so-called staycations, and on the other, that foreigners have not yet returned in their numbers to the country.

Read more:
A recent lifting of restrictions by the UK for fully vaccinated travellers returning from Spain is slowly starting to reap benefits for the Spanish tourist industry with many parts of the sector reporting an increase in bookings to mainland Spain and its sIslands.