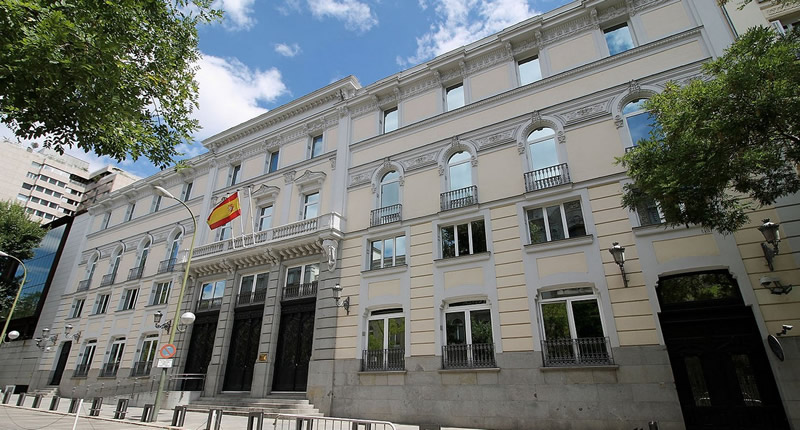 Manuel Arce, a judge who was the head of the Court of First Instance No5 in the Catalonian city of Tarragona, has been expelled by the Plenary of the General Council of the Judiciary (CGPJ) for what they described as a very serious lack of inattention in the fulfillment of judicial duties.

According to sources from the CGPJ to Europa Press, the decision was approved by 14 votes in favor, to seven against, after the judge’s case had been studied and analysed for many months by Ricardo Conde, the promoter of the disciplinary action.

Arce had already been removed from the court at the proposal of the Disciplinary Commission before the investigation began, during which he was found to have had an average of three sentences per month – the average per magistrate is usually 240 sentences per year – and had accumulated a large number of unresolved cases.

This is the first time during the mandate of Carlos Lesmes, the current president of the CGPJ, that such a situation has arisen, and this is the most serious sanction that can be adopted against a magistrate, although Arce can appeal against the decision to the Third Chamber of the Supreme Court (TS), and, according to the same sources, the judge had already accumulated a dozen sanctions for the same reason.

His expulsion was based on the content of Article 417.9 of the Organic Law of the Judicial Power, which states that, “neglect or unjustified and repeated delay in the initiation, processing, or resolution of processes, and causes, or in the exercise of any of the judicial powers, is considered a very serious offence”.

While according to Article 425 of the same law, the delegated examiner of the file can practice as many tests and actions as are necessary for the determination and verification of the facts and responsibilities liable to sanction, with the intervention of the Public Prosecutor’s Office, and the interested party, who may use a lawyer from the beginning of the file.

After this phase, which can be extended for a maximum year, and in view of the evidence and actions carried out, the delegated examiner will formulate, if appropriate, a statement of charges in which the contested facts will be presented, with expression, and where appropriate, of the offence allegedly committed, and the penalties that may be applicable, as reported by laopiniondemalaga.es.