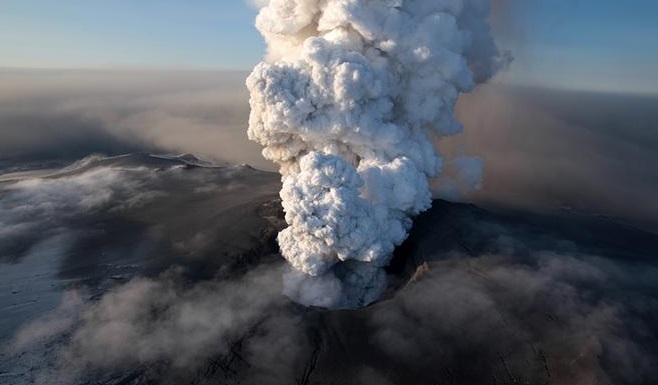 A Volcanic ash cloud is hanging suspended at over 4000m in the air above La Palma in the Canary Islands causing air traffic to be cancelled.

Geologists from the National Geographic Institute (IGN) explained that a ‘Strombolian eruption’ – a phase that the eruption in La Palma is now going through- produces less lava but more ash and emits less volcanic material. IGN geologists also explained that this behaviour can also quickly reverse- having the opposite effect.

According to Invocan, (The Institute for Volcanic studies in the Canary Islands), a series of powerful explosions from the Cumbre Viejo volcano shook La Palma again late in the afternoon of Thursday, September 23, filling the sky with a white cloud of ash and gases.

The Spain Aviation And Navigation Authority, AENA, has temporarily restricted areas of airspace in the municipalities of El Paso and Los Llanos de Aridane for aircraft flying below 3,000 feet due to the ash cloud which remains suspended in the air at around 4,000 metres high.

Simmering lava continued to flow this week, spewing ash, lava rocks and smoke around the island, raising questions as to whether it would flow into the sea or settle on the ground.