Andalucia reports a drop in the incidence rate and infections 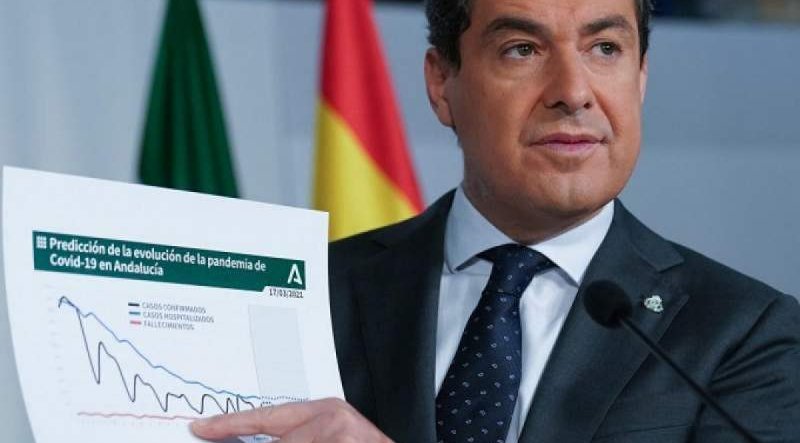 Andalucia reports a drop in the incidence rate and infections across the region.
Andalucia has today, Saturday, September 25, reported a total of 425 infections, lower than the 521 cases from the day before and the 474 registered seven days ago, according to data from the Ministry of Health and Families, which also added eleven deaths.
The cumulative incidence now stands at 58.99 cases per 100,000 inhabitants, 2.2 points less than 24 hours ago, which is also 16.6 points less than recorded last Saturday.
The province of Malaga is currently the one with the most cases, with 108, followed closely by Seville, with 104, Almeria with 78, Cadiz with 37, Granada with 32, Huelva with 29, Cordoba with 19 and Jaen with 18.
The community has recorded a drop of 12 hospitalised by Covid compared to Friday to stand at a total of 387, representing a decrease of 105 in the comparative inter weekly and the lowest figure since August 27, 2020, when there were 371, while patients in the Intensive Care Unit (ICU) have decreased by one to stand at 109 admitted, one less than those reported seven days ago and the lowest figure since the 102 recorded on September 6, 2020.
Malaga is the province with the most hospitalisations, with 114 and 20 patients in ICU, followed by Seville with 87 and 27 in ICU, Almeria with 39 and 19 in ICU, Cordoba with 38 and 16 in ICU, Granada with 36 and 13 in ICU, Cadiz with 29 and six in ICU, Jaen with 25 and four in ICU and Huelva with 19 and four in ICU.
According to data from the Regional Ministry of Health and Families, Andalucia has registered 800,729 confirmed cases since the beginning of the pandemic.
With regard to the accumulated provincialized data, of the 11,169 deaths since the beginning of the pandemic, Seville with 2,277 remains the province with the most deaths.