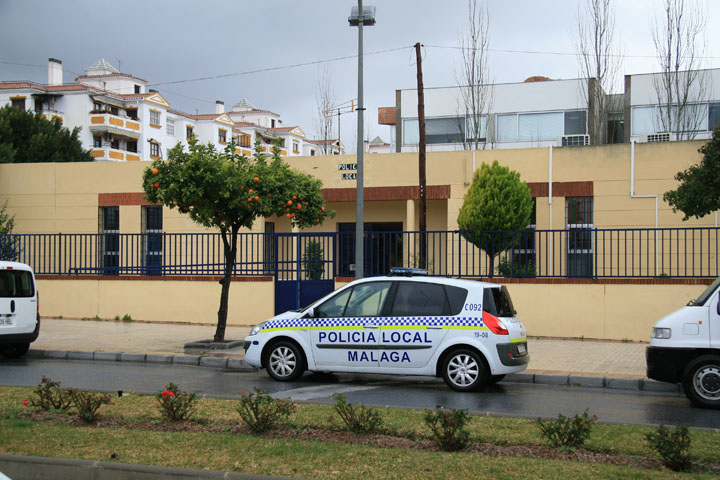 A DRIVER arrested in Malaga for doing 160kph through the city, tested positive for nine different substances and had no driving licence

Officers from Malaga Local Police and the National Police have detained a 41-year-old male resident of Malaga as the alleged perpetrator of crimes against road safety, including driving without a licence, driving while under the influence of various drugs, and of speeding past a fixed radar at 160kph, on a road whose limit is 50, as well as being charged with resisting arrest and disobedience to a police officer.

The incident occurred at 5.45am this morning, Saturday, September 25, when a Malaga Local Police patrol on Calle Ferrocarril del Puerto observed a grey Volkswagen Golf, driving at high speed, and in the wrong direction, along Calle Ayala, a one-way street, narrowly missing oncoming traffic.

Activating the police vehicle’s siren and flashing lights, making clear and unequivocal signals to the driver of the car, the driver ignored them and took off at speed, with the patrol car giving chase, verifying that the vehicle did not stop at any red lights or ‘give way’ signs.

Speeding down Calle Comico Riquelme, to Calle Orfila, he jumped a red light, forcing the drivers of two cars to brake sharply to avoid colliding, before returning to Calle Ayala, and along Calle Salitre to Pasillo del Matadero, onto Paseo Antonio Machado, where a National Police patrol joined in the pursuit.

Heading down Calle Pacifico, the vehicle was clocked by a fixed radar at 160kph, on a road with a 50kph limit, before the driver finally lost control at the roundabout entering Calle Manuel Alvar, colliding with the curb, before exiting the vehicle and attempting to escape on foot, being immediately intercepted by officers who gave chase, at which point he reportedly put up a strong resistance to his arrest.

It was verified that he did not carry any type of documentation, neither personal nor of the vehicle, then it was discovered that he lacked a driving licence, because he had never obtained one. He was then subjected to the mandatory alcoholic and drug detection tests, yielding a negative result in the former, and positive in the latter.

Subsequently, the confirmation report on his drugs test confirmed positive results in the following substances: morphine, codeine, 6-acetyl morphine (one of the three active metabolites of heroin), MDA (tenamphetamine), Benzoylecgonine, Cocaine, THC (tetrahydrocannabinol), Nordiazepam, and Diazepam. As for the car he was driving, it was immobilised and taken to the municipal vehicle depot.

The detainee reportedly has a long criminal record, with three previous convictions for driving without a license, the last of which was from 2020, in addition to other records including crimes of abuse, violation of sentence, theft, and robbery with violence and intimidation, while as a driver he has several pending administrative complaints for speeding, or accessing areas excluded from traffic, as reported by malagahoy.es.