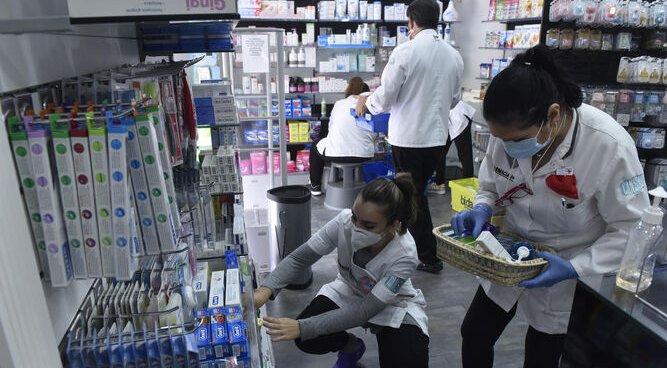 Andalucian pharmacists are said to be ‘furious’ after they were unable to dispense prescriptions due to a health service software glitch.
Pharmacists were in an uproar yesterday, Friday, September 24, after the Andalucian Health Service (SAS) program that manages prescriptions went totally off-line for 14 hours.
The problem, which affected both the doctors who prescribe the drugs and the pharmacists who dispense them, was independent of the program available to the professionals and affected the normal functioning of the almost 4,000 pharmacies in the region.
The computer blackout, which apparently is a reoccurring problem, strangely coincided with the eve of the celebration of World Pharmacists’ Day.
The origin of the problem, according to SAS sources, was a failure in the update of the Receta XXI program, the error prevents the downloading of prescriptions and patient records in pharmacies.
The breakdown, according to the SAS count, prevented the normal operation of pharmacies for 14 hours, from 23:00 on Thursday, September 23, to around 13:00 yesterday. Some pharmacies managed to return to normal operations later on in the day.
Sources from the Council of Official Associations of Pharmacists of Andalucia (Cacof), an institution that was celebrating yesterday World Pharmacist’s Day, said that when this massive computer program crashes happens, the pharmacists can still resort to “manual dispensing mechanisms”.
To do this, patients must show a paper prescription, despite the alternative, Cacof considers each blackout to be burdensome and pointed out that these incidents in the dispensing program are not uncommon when the SAS carries out updates.