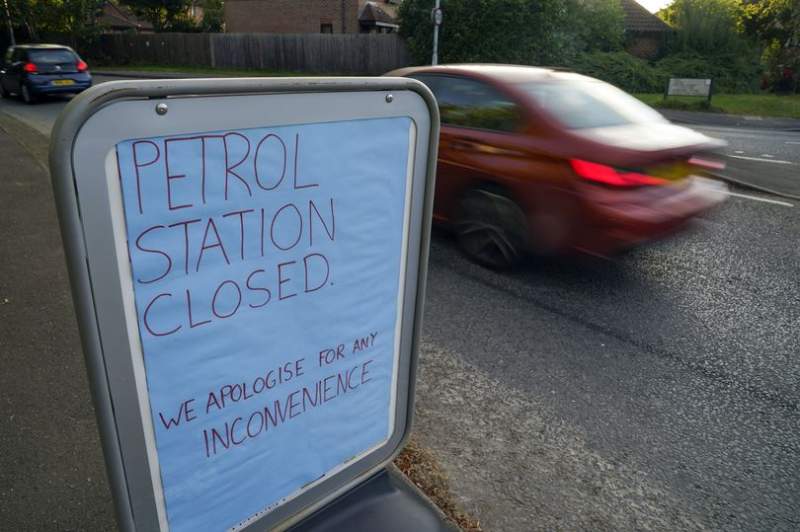 The UK Government is said to be considering issuing temporary visas for foreign lorry drivers as panic-buyers gridlock petrol stations across the country.

The PM, Boris Johnson, is expected to make a U-turn on temporary visas that will allow thousands of foreign lorry drivers to work in the UK after panic-buyers ignored government advice and scrambled to petrol stations to fill up.

Both The Financial Times and the Telegraph reported that the Prime Minister had given ministers the go-ahead to temporarily lift visa restrictions for foreign drivers.

Furious motorists vented their anger on Friday, September 24, as they faced huge queues at pumps despite No10 telling them “we have ample stocks” and to “keep buying fuel as normal” instead of panic buying.

The Government is now considering introducing temporary measures to deal with the ongoing HGV driver crisis. The Prime Minister is said to have given ministers the go-ahead to temporarily lift visa restrictions for foreign drivers in order to deal with the issue, according to reports.

“We have ample fuel stocks in this country and the public should be reassured there are no shortages. But like countries around the world, we are suffering from a temporary covid related shortage of drivers needed to move supplies around the country.

“We’re looking at temporary measures to avoid any immediate problems, but any measures we introduce will be very strictly time-limited. We are moving to a high wage, high skilled economy and businesses will need to adapt with more investment in recruitment and training to provide long-term resilience,” said a Downing Street spokesperson.

AA president Edmund King attempted to reassure customers, saying: “There is no shortage of fuel and thousands of forecourts are operating normally with just a few suffering temporary supply chain problems.”

hundreds of petrol stations are now planning to impose a £30 fuel cap per driver to ensure everyone has a “fair chance to refuel”.

The EG Group, which has 341 petrol stations in the UK, confirmed emergency services workers and lorry drivers would not be affected.

“Due to the current unprecedented customer demand for fuel and associated supply challenges we have taken the decision to introduce a limit of £30 per customer on all of our grades of fuel.

“This excludes HGV drivers and emergency services due to their vital role at this time. “This is a company decision to ensure all our customers have a fair chance to refuel and to enable our sites to carry on running smoothly.

“We kindly ask everyone visiting our sites to treat our colleagues, supply chain partners and customers with respect during these very challenging times,” said a spokesperson.