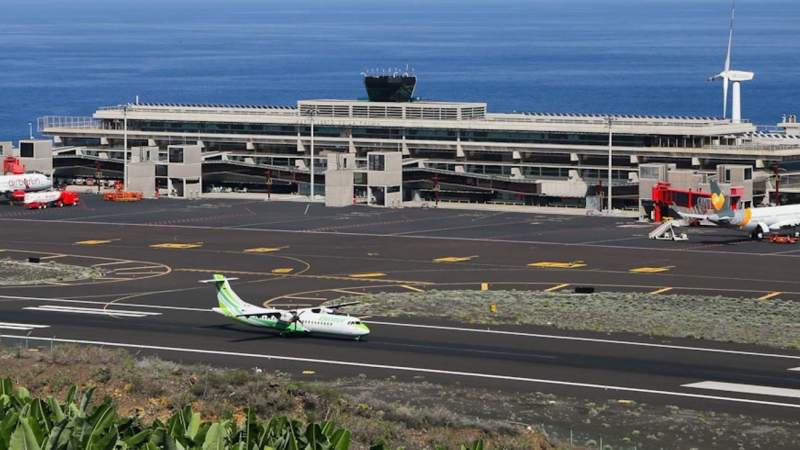 La Palma Airport in The Canary Islands has re-opened to resume flight operations.

La Palma Airport has returned to operations today, Sunday, September 26, after the prior approval of the flight plan by Enaire, according to a report from Spanish Airport operator, Aena.

Over th epast days, the ash from the volcano has been cleaned up in collaboration with the island’s administrations and organizations, whom the airport manager thanks for their involvement.

Eight airports om the Canary Islands are now operational, although Aena recommends that if you are going to take a plane you check the status of the flight with the airline you have booked with.

Spanish airline Binter, recently temporarily cancelled all flights to or from La Palma airport due to the evolution of the ash cloud from the volcano that erupted last Sunday. The company issued a statement that they have been forced to make this decision due to force majeure, since in the last 48 hours the situation of suspended ash “has worsened considerably.”

They added that the stoppage of operations would continue when conditions improve to allow flying, guaranteeing safety.

Latest news on the volcano:

The national Geographical and Mining Institute said its drones had shown the volcano’s cone had broken.

“It is not unusual in this type of eruption that the cone of the volcano fractures. A crater is formed that does not support its own weight and … the cone breaks,” Miguel Angel Morcuende, director of volcano response committee Pevolca, told a news conference, “This partial rupture happened overnight.”