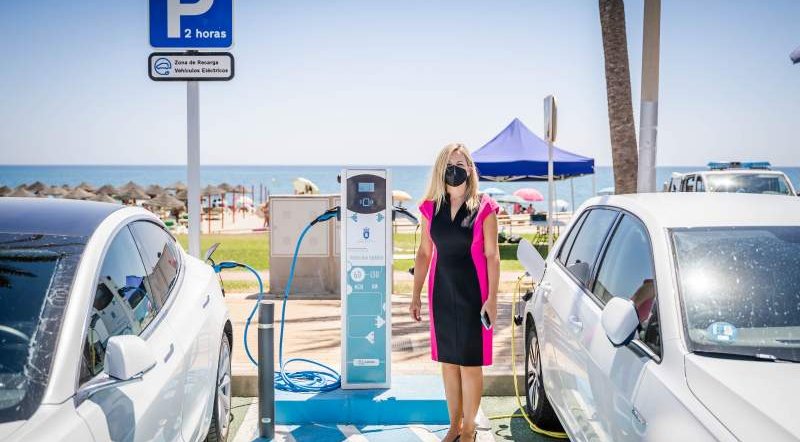 Free charges ROQUETAS three free charging stations for electric vehicles were used approximately 1,200 times by 300 drivers between May and the end of August, half of whom were from outside the province.  These encouraging figures demonstrated that the public was increasingly choosing sustainable, environmentally-friendly transport, said Roquetas town hall.

Major gripes ENERGY companies, mobile phones and bank commissions are Almeria province residents’ biggest bugbears, the UCA consumers’ association revealed. There were fewer complaints about mortgages and house purchase contracts, while restricted mobility during the pandemic reduced problems for the travel sector although UCA predicted that these would gradually increase.

Fine threat HUERCAL-OVERA’S Policia Local force has launched a campaign against fly-tipping and officers have already written out the first fines for residents who persist in dumping unwanted rubbish of any type on public or privately-owned and.  Fines range from €700 for minor transgressions to €3,000 for a serious offence.

Jobs safe SPAIN’S postal service, Correos, announced that it will not dismiss staff currently assigned to logistics and hand-sorting at its Almeria City mail handling centre.  Once all of the province’s logistics processes have been moved to Granada, the Almeria employees will carry out other duties at different local offices.

Recycle plan THE Green Week campaign is planting a tree for every kilo of small electrical goods handed in for recycling. Currently in Almeria City for the fourth consecutive year, the Ecolec Foundation has installed a container and collection point for unwanted items in Plaza del Educador until September 30.

Fix needed MIGUEL ANGEL CASTELLON, an MP for Almeria in the central parliament in Madrid, intends to call on the government to carry out comprehensive repairs to the A-7 in the Levante area. The surface on the Nijar-Huercal-Overa section is badly deteriorated and inadequate for a motorway, the MP argued.