Spanish Airforce orders €900 million worth of aircraft from Airbus 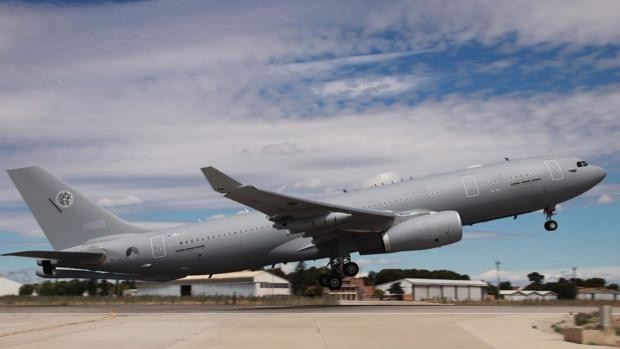 Spanish Airforce orders €900 million worth of aircraft from Airbus.

The Spanish Airforce’s capabilities have suffered greatly in recent years and these two new contracts and the arrival of the new Pilatus PC-21 trainer aircraft are milestones that have marked a serious investment from the Ministry of Defence.

Firstly, the most important contract: three new multipurpose and tanker aircraft (MRTT) worth €810 million euros, was endorsed on Tuesday, September, 21, by the Council of Ministers.

The funding will enable the purchase of three Airbus A330-200 aircraft from the Iberia airline – second-hand – for its conversion into a military MRTT aircraft at the European aeronautics factory in Getafe (Madrid). It will take place as the floating fuel station of the Air Force, along with two other A400M aircraft that perform this function in the current fleet, revealed military sources.

The acquisition of these aircraft will allow the Spanish Air Force to renew and enhance its capabilities for mobility and strategic projection of the Armed Forces in the fulfilment of the missions assigned to them in the field of in-flight refuelling, strategic air transport and long-distance, large-capacity air evacuations,” said a Military Defence spokesman.

The second part of the contract includes the provision of the necessary associated logistical support, which includes:

The supply of spare parts and other components necessary for the new fleet’s maintenance,

Courses and training material for personnel and the software and hardware necessary for the management, planning and execution of the operations that will be carried out.