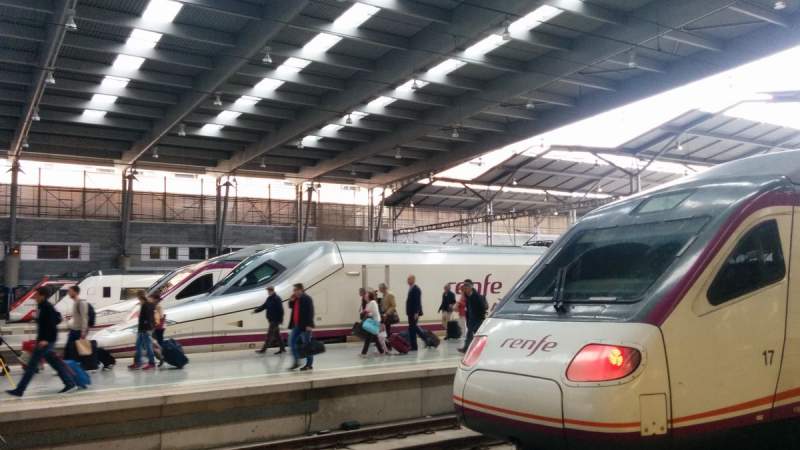 Renfe has announced the suspension of 892 high-speed and long and medium distance trains on September 30 and October 1, 4 and 5 as part of the eight-day strike called by the Semaf Railway Machinists Union.

Of the cancellations, 267 are long-distance AVE services and 625 medium distance services, added to this are 813 freight services that will not operate on those days.

In *Cercanías, 100% of the current service levels will operate in peak hours and 75% in the rest of the day, according to a statement from the Ministry of Transport, who assured that the minimum mandatory services will run during the first four days of the strike.

According to the rail union Semaf, Renfe has taken advantage of the pandemic to eliminate trains and reduce the workforce by about 700 jobs in all professional categories.

The Semaf strike, which represents 85% of the driver’s work force, on October 1, 4, 5, 7, 8, 11 and 12, was called by the Railway Union against the chaotic situation that exists in which the Renfe group and its company policies are based exclusively on internationalisation, said a union representative.

*Cercanías Madrid is the railway service operated by Renfe Cercanías, a division of Renfe Operadora, on an Adif infrastructure, which connects the city of Madrid with its metropolitan area and the main towns of the Community of Madrid.