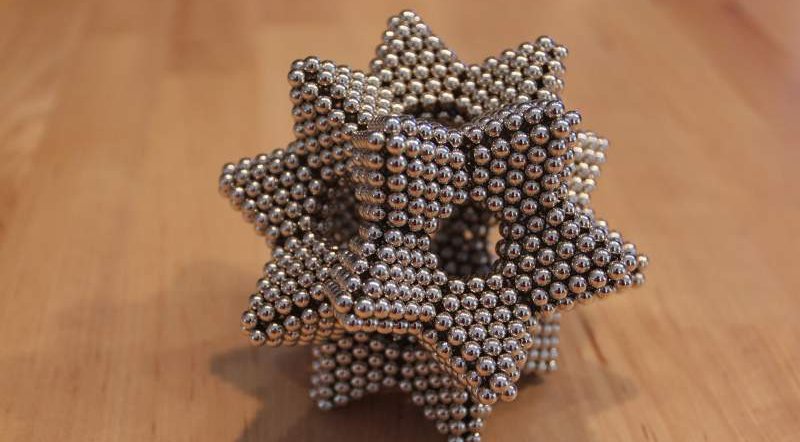 Doctors from the British Association of Paediatric Surgeons (BAPS) have issued a warning to parents about the dangers of super strong magnets.

The warning comes after a sharp increase in children needing emergency surgery for bowel complications caused by swallowing the tiny magnets which are more widely available than ever due to toys that do not pass safety tests being available on online market places.

Also found in jewellery and even fridge magnets, the magnets can be 10 times stronger than permitted by law.

Ashish Desai, consultant paediatric surgeon at Royal London Hospital in London and the Honorary Secretary of BAPS said: “Our doctors have seen a sharp increase in the numbers of children needing surgery. If swallowed, the magnets can stick together in the child’s intestines or bowels, squeezing the tissue so the blood supply is cut off. This can cause significant damage within hours.”

Holly, from Gravesend in Kent, said: “My other son has autism so we had a toy, which contained the magnets, to help him focus. The balls magnetised together through the tissue of his stomach. If they had been there any longer, it could have caused serious damage. If I had known what could happen, I would not have had any of those magnets in the house.”

An X-ray showed Albie had five magnetic balls connected in a line in his intestine, with a sixth ball in his stomach holding them all in place.

BAPS has partnered with the Child Accident Prevention Trust to support the Office of Product Safety and Standards campaign to raise awareness of the dangers and advise parents how to keep their children safe.

Katrina Phillips, Chief Executive of the Child Accident Prevention Trust said: “Children can be left fighting for life after swallowing super strong magnets. But so few parents know about the dangers.

“We’re really worried that, with the surge in sales from online marketplaces in the run-up to Christmas, more and more children will be exposed to serious harm. Our five tips help parents buy safely and keep their children safe. No parent wants the anguish of the long wait while their child is on the operating table.”

Mr Desai warned that symptoms can be vague and added: “Symptoms may be mistaken for a stomach bug or appendicitis. If your child has stomach pain, is vomiting or can’t keep down fluids and there is a chance they may have swallowed these small magnets, please call 999 for an ambulance or go to A&E straight away.”

In August consumer watchdog Which? warned that dangerous toys are widely available on online market places.

In total, Which? found 50 safety failures among the 12 toys that failed tests, with 10 toys presenting a choking risk and two posing a strangulation risk for children. Which? also found two toys that had either magnets or batteries that could be easily accessed, which could cause serious injuries to children if swallowed.

A set of magnetic building blocks aimed at children aged three years old and above and sold on Amazon Marketplace failed safety tests. It did not withstand the impact test and broke open to reveal tiny magnets that were almost four times as powerful as they were permitted to be under current standards, which could pose a choking risk.

“Magnets can cause serious harm to children if swallowed, as they could attract each other in the gut and create blockages, compression of the gut and perforation which would need surgery to fix,” the organisation warned.