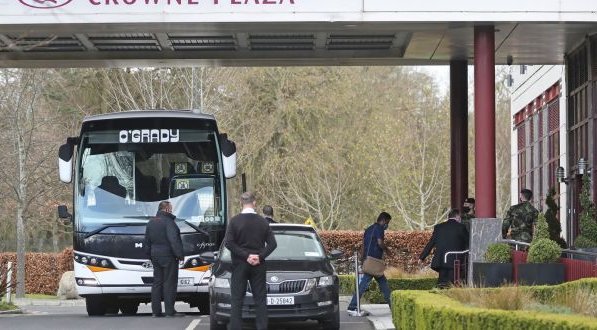 The end of hotel quarantine for travellers entering the UK appears likely as the government reportedly faces pressure to follow Ireland’s decision in abandoning the policy.

Ireland announced on Saturday, September 26, that it was removing the final six countries from its red list, it also allowed the last 50 travellers who were self-isolating in hotels to leave their rooms on Sunday.

A report from The Daily Telegraph stated that the Department for Transport is understood to back the move which would end the requirement for travellers from red-list countries to self-isolate in government-approved hotels at a cost of up to £2,285 per person.

The Irish government’s made its decision on the advice of its chief medical officer Dr Tony Holohan on the basis that the dominance of the delta variant meant hotel quarantine was no longer needed to contain other variants of concern.

The UK currently has more countries on its red list than any other EU nation at 54 and is one of the few nations that still impose hotel quarantine alongside Australia and New Zealand, even though both of which have far lower rates of vaccination than the UK.

As previously reported by the EWN, PCR testing for fully jabbed travellers is due to be replaced by lateral flow tests by half-term, while pre-departure tests for the vaccinated are being axed from October 4.

Hotel quarantine is run by the Department of Health and Social Care (DHSC) which has taken a more pro-economy stance on Covid restrictions since Sajid Javid replaced Matt Hancock- who sensationally quit over an affair with a close aide- as health secretary.

“We are committed to protecting our country and the progress of our phenomenal vaccine rollout against the risk of new coronavirus variants and there are no plans to end the Managed Quarantine Service.

“We have taken decisive action at the border with our managed quarantine system and every essential check we’ve introduced has strengthened our defences.”

“We recently simplified the travel rules to make them easier to understand and follow, opening up tourism and reducing the costs to go abroad,” said a DHSC spokesman.