Explorers make a horrifying discovery inside Yemen’s ‘Well of Hell’ 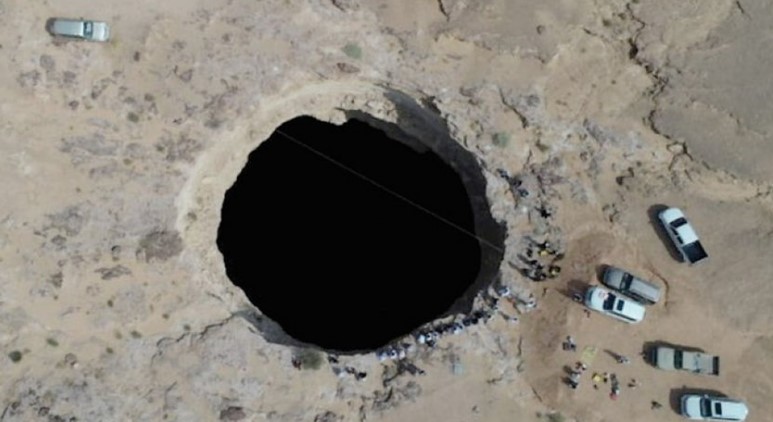 A team of fearless explorers, thought to be the first people to ever venture inside the 400ft deep pit in Yemen that has been dubbed the ‘Well of Hell’, have made a horrifying discovery inside the massive cavern.

When the eight experienced cavers from the Oman Cave Exploration Team finally found themselves on the floor of the gigantic natural wonder, they did not know what to expect, or what might be lurking there to greet them, but as they started looking, they came across a massive sea of slithering snakes.

Mohammed al-Kindi, a geology professor at the German University of Technology in Oman, who also owns a mining and petroleum consultancy firm, told AFP, “There were snakes, but they won’t bother you unless you bother them”.

“Passion drove us to do this”, he said, “and we felt that this is something that will reveal a new wonder and part of Yemeni history. We collected samples of water, rocks, soil, and some dead animals but have yet to have them analysed. There were dead birds, which does create some bad odours, but there was no overwhelming bad smell”.

Dripping water inside the cavern had also led to the formation of stunning grey and lime green coloured cave pearls.

This 100ft diameter hole in the surface of the eastern province desert area of Al-Mahra in Yemen, known locally as the ‘Well of Barhout‘, is thought to date back millions of years. Locals are said to be terrified of it, with many of them believing it to be the home of evil spirits, and what could be a prison for demons.

Many locals consider the gaping hole in the desert to be the gateway to hell, and for centuries, legends have been passed down about mythical genies and ginns that dwell deep under the ground, stories fed by the foul odours that emanate out of the well, as reported by thesun.co.uk.

Driven by their passion to explore the unknown, a team of Omani cavers are believed to be the first to reach the bottom of Yemen's mysterious Well of Barhout. https://t.co/hHyLuO4xkD