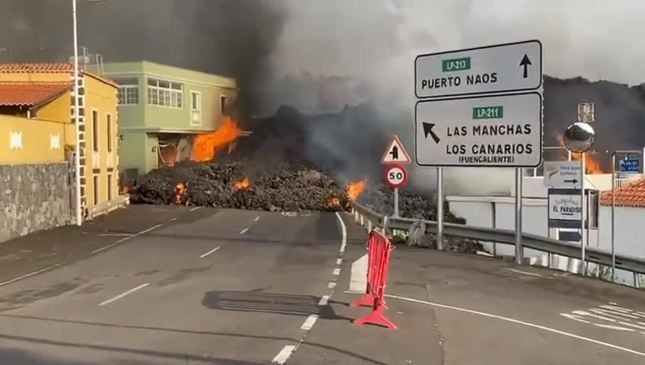 The Government has approved an aid package to rebuild La Palma after the volcanic lava caused massive devastation and destruction on the island.

The Cabinet is fully expected to approve today, Tuesday, September 28, the first phase of aid to rebuild the island of La Palma following the damage caused by the eruption of the volcano of Cumbre Vieja, is well as promoting a package of immediate measures.

The Government intends to implement a wide-ranging package of socio-economic measures, some are of an immediate nature and related to housing for those affected by the volcanic emergency.

In the medium and long term, and when the eruption ceases, the Executive will undertake a “La Palma Reconstruction Plan”, which will be extended on several fronts: from urban planning and housing to the reconstruction of roads and energy supply networks and water, through the promotion of renewables on the island and the launch of a tourist relaunch program.

The La Palma volcano entered a new phase yesterday in which it again generated strong strombolian-type explosions and formed a large lava flow that descends from its main cone along the path opened by the previous ones, after a day in which seemed to stop suddenly and its activity ceased for hours.

Not counting the large amount of lava that has been expelling overnight, this eruption has already exceeded- by at least 3 million cubic metres- in just seven days the last one that occurred on La Palma in Teneguía back in 1971 when 43 million cubic meters of lava was expelled.