Malaga, Nerja, and Antequera could form a 'supercity' of 1.5 million inhabitants 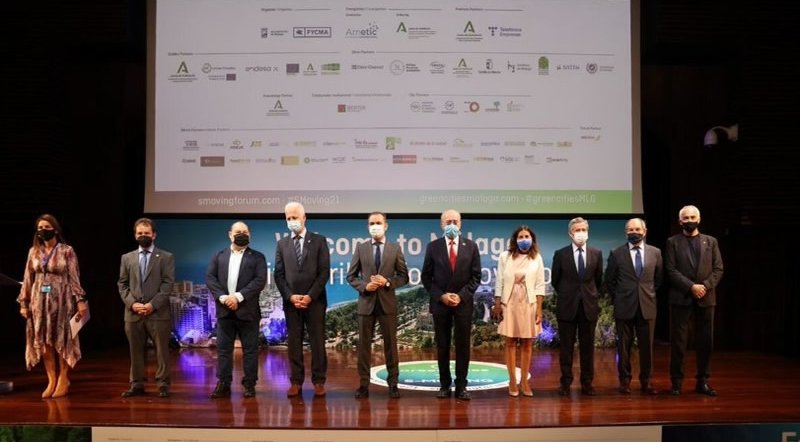 MALAGA, Nerja, and Antequera could form a ‘supercity’ of the future, with a population of 1.5 million inhabitants

Two events opened simultaneously today, Wednesday, September 29, in Malaga’s Palacio de Ferias y Congresos (Fycma), with the motto of, ‘Welcome to Malaga, the city of Innovation’.
‘Greencities, Intelligence, and Urban Sustainability’ is the one event, dedicated to the city of the future, along with that of ‘S-Moving’, which focuses on new forms of mobility, and because the two concepts share the same synergy, they have been held at the same time for the last few years.

Antonio Gomez Guillamon, president of the organising committee of S-Moving, and of the Malaga company Aertec said, “mobility and smart cities coexist together, and it is a good idea that they share the space”.

Despite being two events with a global vocation, the use of Malaga as a location for this joint event comes as the City Council aims to establish Malaga as a forerunner of the new ‘smart cities’ with urban mobility.

Alfonso Vergara, is president of the Metropolis Foundation, a prestigious international organisation born at the University of Pennsylvania, 23 years ago, and which is dedicated to the creation and dissemination of innovations in the field of cities and territories.

In his speech during the opening conference of the event, Vergara praised Malaga’s potential to be a sustainable, ecological, innovative, and livable city, “For example, it has an impressive morphology of the territory, with high areas and plains, with ecological corridors. These corridors must be the inspiring elements of the transformation of cities”, he said.
He also referred to the concept of ‘supercity’ as one that links the main city with nearby municipalities, with many different and complementary centres, citing the Marbella-Nerja–Antequera triangle – which brings together 1.5 million people in a 45-minute journey – as ideal for creating a supercity, where “the classic concept of competitive advantages is passed on to another, in which the advantages of complementarity prevail”.
A vision of this type, of course, is difficult he admitted, due to the different administrative divisions, but, he added, “you have to have a vision of the future at that scale”.
Concluding, Mr Vergara went on to state that he believed the whole of Andalucia could incorporate this system of supercities, “The interaction between cities is going to be the engine of the global economy, and infrastructures are necessary to complement the strategies of these cities”, he pointed out, as reported by malagahoy.es.