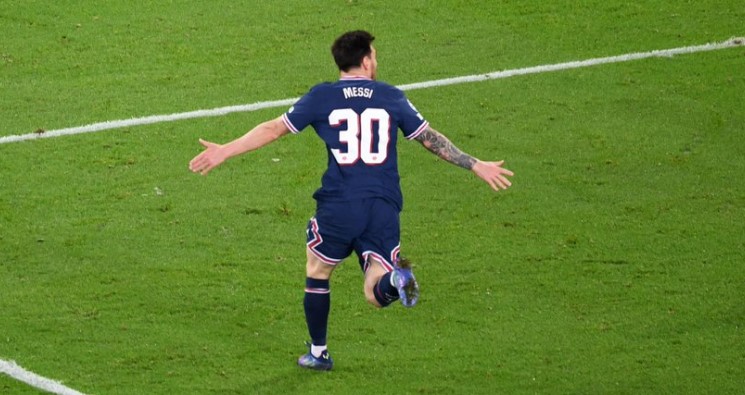 Lionel Messi pulled another rabbit out of his magician’s hat in the Champions League in Paris on Tuesday, September 28, to condemn Manchester City to defeat. His second-half strike (watch it below) from outside the box was sublime, rifling it into the top corner beyond a stranded Ederson to take the three points for Paris St-Germain.

A packed Parc des Princes stadium in Paris had turned up to witness Messi making his first appearance in the blue shirt in European competition, and he did not disappoint them, notching PSG’s second goal after 74 minutes, set up by Kylian Mbappe, sending the crowd into hysteria, as he netted his first goal for the club since joining from Barcelona.

Idrissa Gueye had given the French team an early lead on eight minutes, with a lovely effort from distance, that almost broke Ederson’s net, to send his team on the way, and give Pep Guardiola something to think about in case he was hoping to emulate last season’s semi-final victory in the French capital.

In fairness to City, they had plenty of chances, but failed to convert them, with Bernardo Silva somehow hitting the bar from three yards out, with an empty goal at his mercy, while PSG’s new signing, the Italian national goalkeeper, Gianluigi Donnarumma, really earned his money, saving seven attempts in total throughout the match.

Messi was back after three games out with injury, facing his old Barcelona coach, against whose sides he has now scored seven goals in the Champions League, and his fifth against the Blues, and at 34-years-old he showed no signs of slowing down, with the typical Messi magic, close skills, and movement off the ball as sharp as ever.

This was the Manchester club’s first defeat in Europe since losing to another French side, Lyon, back in 2018 when they lost 2-1.