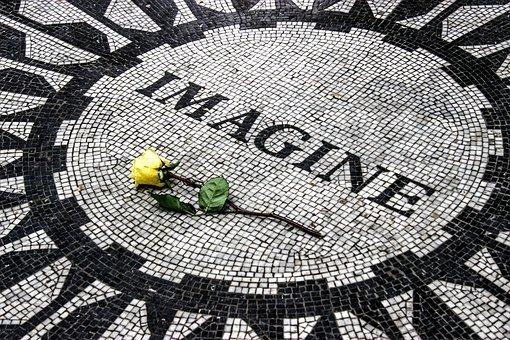 Several Danish schoolboys recorded an interview with John Lennon and Yoko Ono back in 1970. The cassette tape recording features the Beatles star singing an unreleased song. The tape sold at auction in Copenhagen for a staggering £43,000.

The recording was made by Karsten Hoejen. The schoolboys turned up late for a press conference. Luckily they were still invited in and got the chance to interview Lennon.

Speaking to the BBC Hoejen said: “We were a bunch of 16-year-old hippies,”

“As we arrived everyone was leaving … We went into the living room and saw John and Yoko sitting on the sofa, it was fantastic. We sat down with them and were quite close to each other.”

“John asked me, ‘where do you come from? A radio station?’ ‘No, from a school magazine,’ I said.”

After a traditional Danish dance Lennon played a song or two for Hoejen. Lennon first sang Give Peace a Chance, before launching into an unreleased song. Lennon sang Radio Peace. Lennon had intended for this song to be the theme tune for a radio station he wanted to set up in Amsterdam.

Hoejen explained: “The radio station was never opened and the song was never released,”

“To our knowledge, the only place where this song exists is on our tape.”

The owners have exclusive rights over the song. There is no digital copy either. This means that media outlets are not allowed to play the unreleased song.

The auction house’s director Alexa Bruun Rasmussen remarked: “A recording like this is indeed very rare,”

“We are not sure that there are any other recordings like this one, because it’s an unofficial recording.”