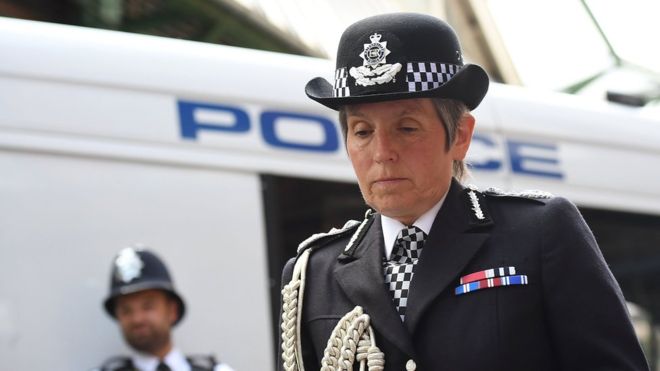 Met Police Commissioner Dame Cressida Dick was heckled as she made her first public speech since Ex-Met Police officer Wayne Couzens was sentenced to life for the brutal murder of Sarah Everard.

She said: “This man has brought shame on the Met. Speaking frankly as an organisation, we have been rocked.”

“I absolutely know that there are those that feel their trust in us is shaken. I recognise that for some people, a precious bond of trust has been damaged.”

The handling of the case by the Met Police has been widely criticised, with the public questioning whether Couzens should have been identified as dangerous to women much sooner.

Dame Cressida said Couzens had brought “shame” on the force and called him a “coward.”

She said: “I am absolutely horrified that this man used his position of trust to deceive and coerce Sarah and I know you all are too.”

“His actions were a gross betrayal of everything policing stands for.”

She added: “He showed himself to be the coward he is through his lies and seeking to minimise his true responsibility for his crimes.”

“Police officers are here to protect people. To be courageous and compassionate. His actions were the exact opposite of that.”

The UK’s longest-serving female MP Harriet Harman has called for Dame Cressida to step down and let changes be made under new leadership.

However, Home Secretary Priti Patel has stood by Same Cressida but said her force had “serious questions” to answer.

With her contract extended until 2024, Dame Cressida has pledged to “do everything in my power to ensure we learn any lessons.”

“I know that what happened to Sarah, and what has happened to other women in London and beyond in recent times, has raised important questions about women’s safety.”

“Here in the Met, I commit to keep working with others to improve women’s safety and reduce the fear of violence.”

“There are no words that can express the fury and overwhelming sadness that we all feel about what happened to Sarah. I am so sorry.”