DGT fined almost 3,000 drivers in one week for mobile phone use 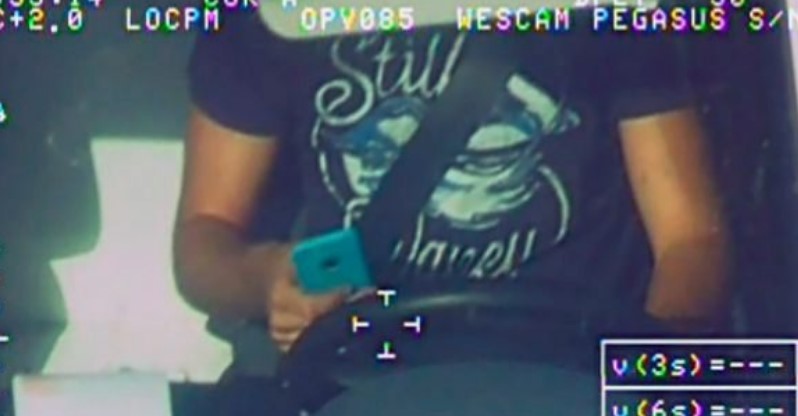 The DGT fined almost 3,000 drivers during their recent surveillance and awareness campaign on the roads of Spain, between September 16 and 22.

This campaign by the General Directorate of Traffic was designed to alert drivers to the dangers of being distracted while driving, and numerous roadblocks were established in autonomous communities, controlled by the Guardia Civil’s Traffic police.

A total of 304,126 vehicles circulating on conventional roads were stopped and checked during 8,295 controls. During these controls, 6,708 drivers were denounced for carrying out actions that the DGT considers to be a distraction while driving.

Of 6,840 complaints filed, almost 43 per cent (2,930) were for manually using the mobile phone while driving. Using the phone while at the wheel is something that the DGT now equates to driving under the influence of alcohol.

Last Thursday, September 30, the Interior Commission approved the Law that modifies the revised text of the Law on Traffic, Circulation of motor vehicles, and Road Safety. These new legislations bring stricter laws regarding holding a mobile phone, or other devices, while driving.

Buckling up while driving, usually when spotting a police officer, is also a distraction that resulted in a penalty for 412 drivers. In addition, 327 drivers were penalised for using helmets or headphones connected to sound reproducing devices, other than mobile phones.

Other actions most sanctioned, classed as a distraction while driving include, reading (145), searching for objects (108), driving while eating (56), the use or manipulation of browsers, internet access screens, video players, or DVD player (51), or being distracted by other occupants of the vehicle (47).

Another 928 sanctions made during the preventive controls made it possible to detect and punish 1,830 drivers who, in addition to having been denounced for committing a distraction at the wheel, were found to be driving with alcohol levels higher than permitted, or tested positive for drugs, as reported by diariosur.es.