Honda CR-V – a touch of class! 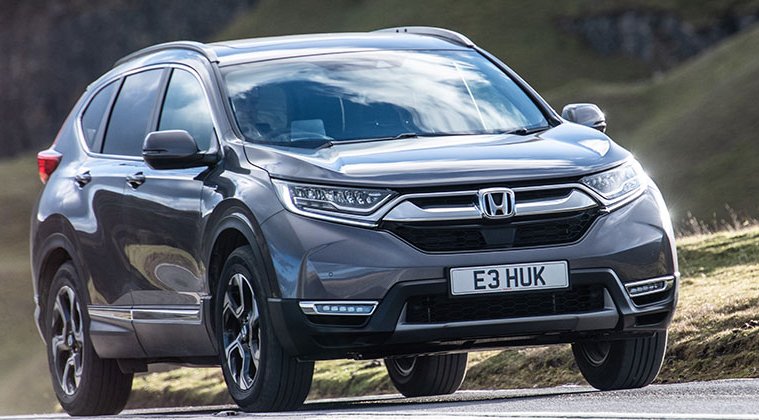 CR-V: Will appeal to buyers who want sensible transport.

Honda’s CR-V began production in the mid-90s and has proved a popular seller for those seeking a higher quality, large SUV. The Honda comes with a 2.0-litre, four-cylinder petrol unit that’s mated to a twin electric motor hybrid system that recharges on the move. The system automatically uses the most efficient drive whether electric, hybrid or engine. It’s a perfect compromise for those who see having to plug-in your hybrid or electric car as a bit of a faff.

As one might expect from Honda, the CR-V has a classy and quality feel throughout and feels like it will be on the road for decades to come.

The CR-V will appeal to buyers who want sensible and spacious transport, and if that sounds a bit boring you would be wrong. True it’s not going to woo buyers of more sporty SUVs but it does feel special. It’s remarkably spacious and there’s plenty of room for the family to stretch out, not to mention stow all their luggage. It comes with good levels of standard equipment, even on the lead-in model, and includes auto lights and wipers, LED lights, intelligent adaptive cruise control, smart entry and start, climate and all the usual connectivity.

The range starts from €36,874/£31,470 and there are five trim levels with two and four-wheel-drive and just one 2.0-litre engine. As with most electric and hybrid vehicles the transmission system is automatic, however the Honda uses a single fixed-gear ratio creating a direct connection between moving components.

While very smooth under hard acceleration – the 2WD version reaches 62 mph in 8.8 seconds, so impressive for a low powered large car – it is noisy. This is in direct contrast to lower speed city driving and cruising when the CR-V is very quiet and refined.

On the road it’s a genuinely nice drive and surprisingly nimble, the ergonomics are first class with a touch screen and instruments of excellent clarity.

The transmission and drive modes – EV, Econ and Sport – are all switch operated rather than by levers and make for a compact and easy to use driving environment. Likewise gear position is also switch operated for drive, neutral, reverse and park.

The CR-V may be discreet and sensible, as opposed to so many models that are overtly bold and-in-your-face, but that’s the secret of its success. It’s a touch of class and class doesn’t have to announce its presence.