Mass vaccination centres in Spain start to close down 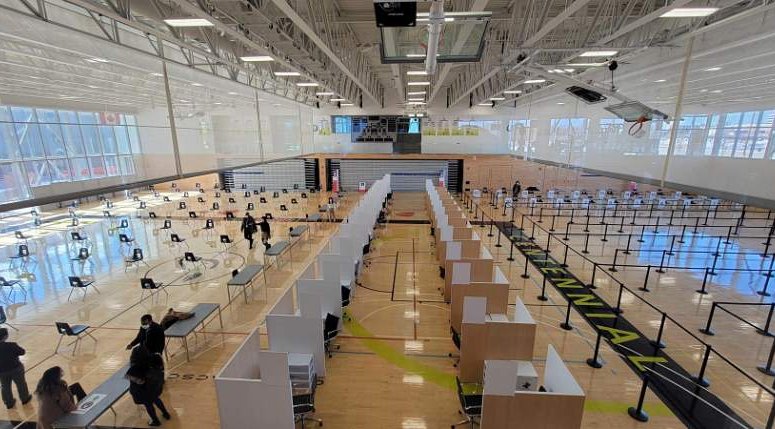 Mass vaccination centres across Spain have started to close down.

Although the vaccination campaign is still active as many more Spaniards wait to be immunised to protect them against COVID-19, it is becoming increasingly normal to find mass vaccination centres closing down across the country.

For example, on Thursday, September 30, one has closed in Bilbao, together with the one set up at the Miguel Delibes Cultural Center in Valladolid. In this one, more than 400,000 people had been immunised since they opened. It was also the last day of mass vaccinations for the Galician Cidade da Cultura, in Santiago de Compostela where they reached a total of 482,000 vaccine administrations. It was the first vaccination centre in Galicia, which began operating on March 11 this year.

Some communities regret they have to return vials of the different serums because there are fewer and fewer people who are attending their appointments.

The Valencian Community has announced today, October 1, that it will return 240,000 doses of Janssen and AstraZeneca to prevent them from expiring. However, they will not be wasted as they will be included in the national fund that will be sent to developing countries so that they can use them as part of the Global Vaccine Action Plan- developed b the World Health Organisation (WHO).

The epidemiological indicators in Spain continue to improve every day. The accumulated incidence stood on Thursday at 59 cases per 100,000 inhabitants over 14 days, almost unthinkable figures after a summer in which Spain was again hit hard by the pandemic, suffering a fifth crisis despite the success of the vaccination campaign.

Andalucia recently announced the removal of restrictions for municipalities at level 0, however, this leaves over 900,000 inhabitants of Sevilla still in level 1 restrictions.