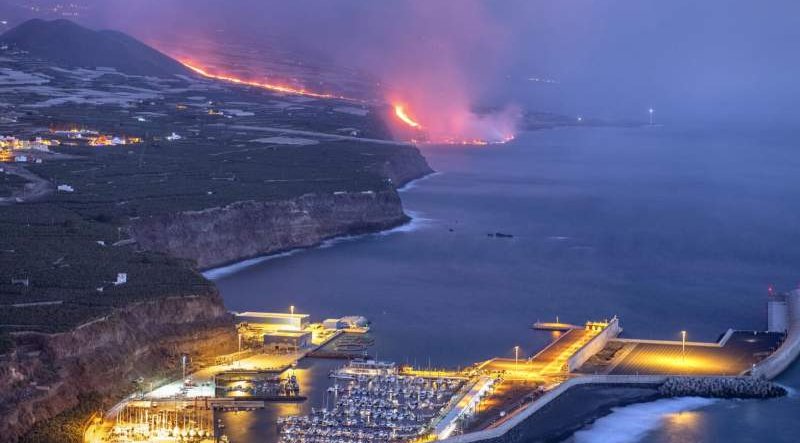 A new La Palma volcanic lava stream has formed that threatened to destroy even more properties.

A new lava stream is flowing through the island of La Palma, a new eruptive mouth has opened on the north face of the volcano’s mouth, generating a new destructive magma stream. In total there are five mouths active right now on La Palma, three of which are causing much concern.

This new one is flowing in parallel to the main one that continues to behave in a strombolian way which are eruptions that involve moderate bursts of expanding gases that eject clots of incandescent lava in cyclical or nearly continuous small eruptions.

The extra lava that the eruption is now generating last night is added to the magma overflow in the main stream that is making its way to the sea.

The lava has expanded its destruction surface and according to the latest data it has already destroyed 338 hectares of land and properties, including 870 buildings. In addition, the volcanic ash already is strewn across 3,172 hectares of the island.

More than 4,600 residents of the coast of Tazacorte have been confined to their homes away from the exclusion zones, and also from active mouths and from areas in contact with the sea.

Meanwhile, air quality measurements are still being made and at the moment are satisfactory.

The Minister of the Presidency, Felix Bolaños, made a guarantee to the population of La Palma on Thursday, September 30 and promised that those who have lost everything due to the eruption of the volcano on the island, is one absolute priority for the Government.