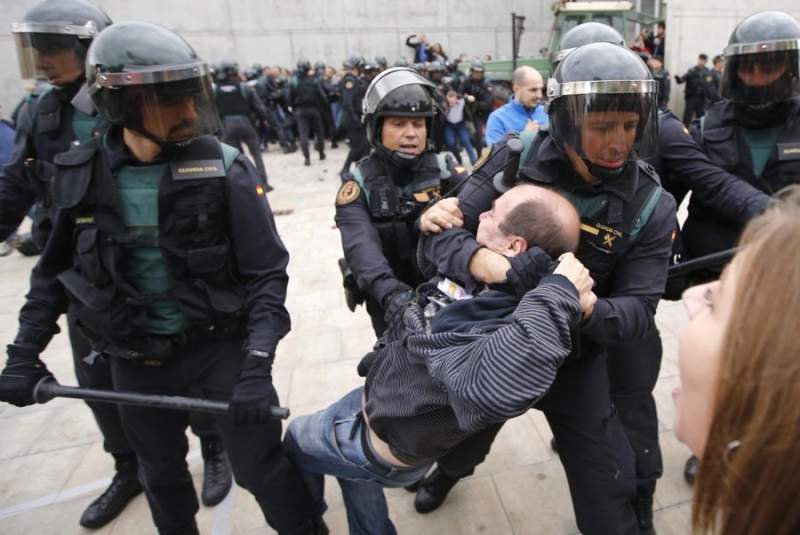 The rally was organized by the Committee for the Defense of the Republic (CDR). The activists are well known for their confrontational “direct action” tactics and had soon set alight rubbish bins and started throwing objects at police officers. The group also managed to cut off several major highways- adding a new traffic feature to their repertoire, saying they wanted to “liberate the land.”

October 1, 2017, is a key date in Catalan politics, particularly for the independence movement, which currently holds a majority of seats in Parliament. Around 2 million people went to the polls, while over a thousand voters were injured by the Spanish police officers who were sent in to seize the ‘illegal’ ballots that day.

Protest organizers were either imprisoned or moved abroad to avoid prosecution following a proclamation of independence on October 2017, while Madrid suspended Catalonia’s self-rule.

Catalan separatist leader Carles Puigdemont was allowed to leave jail in Sardinia on Friday, September 24, after an Italian judge ruled that he could go free pending an October 4 hearing on his extradition to Spain, where he is wanted on charges of sedition.

Puigdemont, the former president of Spain’s Catalonia region and a member of the European Union parliament, left the jail in Sassari a day after he had been detained by police. He had been invited to attend a Catalan cultural event and a meeting of Sardinian independence sympathizers on the Mediterranean island.