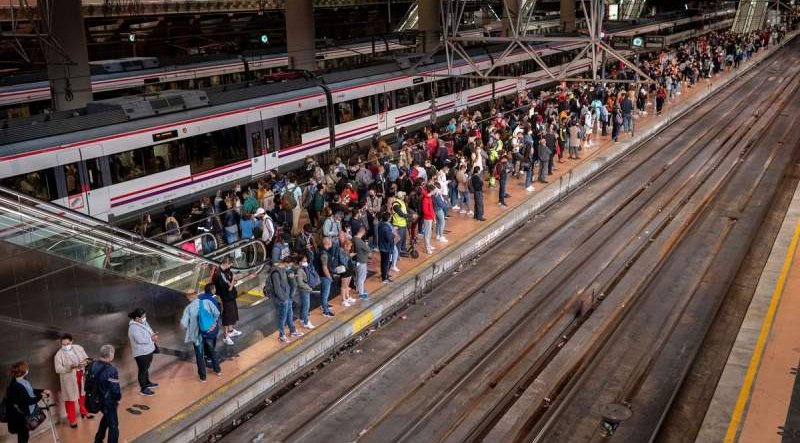 The Renfe machinists train strike has caused chaos in Catalonia.

The “non-compliance” of the minimum services by a group of Renfe train drivers on strike is again causing chaos today, Friday, October 1, for the second day in a row, with multiple delays and cancellations of trains in Catalonia, according to Renfe.

The company has reported that the service “has started irregularly” and that there are “widespread delays” in *Rodalies as a result of the strikes called by the drivers union Semaf.

Yesterday, this strike caused chaos throughout the day in Rodalies due to the failure to comply with the minimum services, which caused the cancellation of more than 400 trains, the specific closure of some stations, such as Plaça Catalunya, and the interruption of services in Sants.

Renfe denounces the fact that the minimum services required, which involve the circulation of 85% of the trains normally scheduled in Rodalies, has not been fulfilled because some drivers have not shown up for work, despite “having the minimum services letter”, (a service guarantee), which the company has described as a “deliberate act”.

However, the spokesman for the Spanish Union of Train Machinists and Railway Helpers (Semaf), Diego Martín, said yesterday that all the drivers who received the notification that they had to go to their position to comply with the minimum services worked and affirmed that there are many letters that were left undelivered due to the “chaos” of Renfe’s human resources service.

*Rodalies de Catalunya is the main commuter and regional rail system in the Spanish autonomous community of Catalonia.