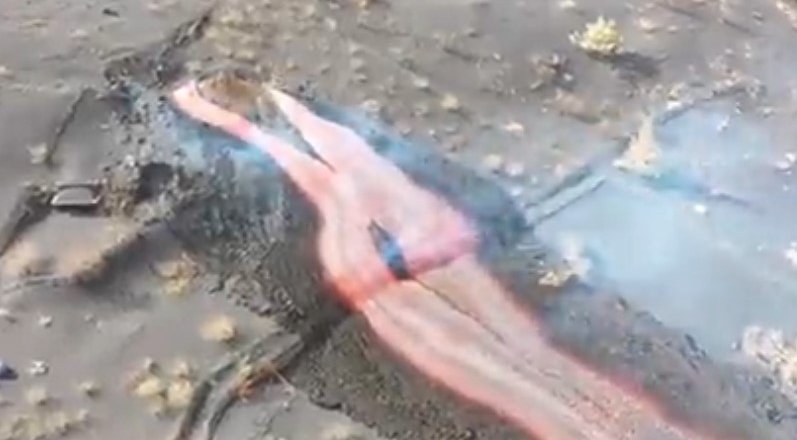 Miguel Angel Morcuende, the technical director of the Volcanic Risk Prevention Plan held a press conference on Friday, October 1, on the island of La Palma. Accompanied by Maria Jose Blanco, the director of the National Geographic Institute in the Canary Islands, they updated on the situation with the Cumbre Vieja volcano.

The flow of magmatic material emerging from two new fissures that opened on the volcano early on Friday morning is reportedly seeking to join with the original lava flow, as it heads towards the sea. These new mouths are 15 metres apart, and some 600 metres from the main cone, in a northwesterly direction.

These two mouths now mean there are four sources of lava, with Morcuende assuring the volcano maintains an intense activity. He explained that the streams have already crossed the LP-211, and that a favourable topography is allowing it to seek out the original stream as it moves further down the slope.

He also pointed out that the total surface affected by this volcanic eruption represents 10 per cent of the island, and has assured that in the rest of La Palma, “a normal life is being carried out”, with only some problems such as ash fall.

The head of the IGN meanwhile specified that the volcanic event maintains the characteristics of a fissure eruption, with strombolian phases simultaneously with effusive phases.

Blanco explained that the lava delta front, or “fajana”, that has reached the sea, is now already more than 475 metres from the coastline, reaching a depth of 30 metres, and occupying an area of 27.7 hectares.

Regarding seismicity, she commented that in the last 24 hours, dozens of earthquakes have been registered, the largest with a magnitude of 3.5, and located at a depth of between 10 and 15 kilometres.

More superficial ones have also been registered in the eruptive zone, and the tremor level has increased from Friday morning, with some stations near the lava delta registering high-frequency tremors. Blanco added that the morphology of the cone changes continuously and that the height of the column of ash and gases has now reached 6,000 metres in height, as reported by laopiniondemalaga.es.