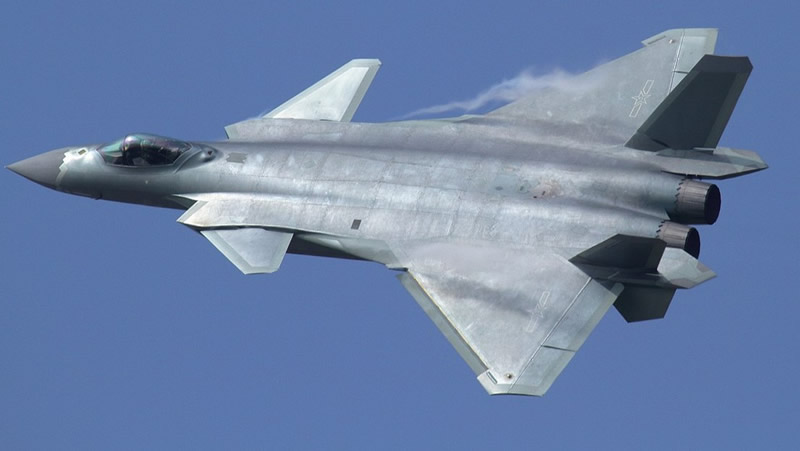 TENSIONS are high in Asia after the largest-ever incursion by Chinese aircraft into Taiwan airspace took place on Friday, October 1

Tensions with Beijing are reported to be at all-time high in Taipei, after the largest-ever incursion into Taiwanese airspace by Chinese aircraft since June, was made yesterday, Friday, October 1.

Government sources in the capital of Taiwan reported 38 Chinese planes entering its air defence zone in two waves yesterday. Friday 1 is the day that China celebrates the founding of the People’s Republic of China.

Taiwan is a territory claimed by the authorities of the Asian giant, and it has complained for a year about constant air missions by the Chinese Air Force near the island. These incursions are mainly taking place near the controlled Pratas islands, in the southwestern part of Taipei’s air defense zone.

For the first time ever, Taiwan’s Defense Ministry has reported that Taiwanese fighters had been scrambled and faced off against 18 Chinese J-16, and four Su-30 fighter jets. Also allegedly present were two nuclear-capable H-6 bombers, and one anti-submarine plane.

The ministry said today, Saturday, October 2, that another 13 Chinese aircraft participated in a mission during Friday evening, with 10 J-16 units, 2 H-6 units, and an early warning plane all entering its airspace.

In response to this invasion of airspace, Taiwan sent fighter jets to warn the Chinese aircraft, while also deploying anti-aircraft missile systems to monitor them. According to a map issued by the ministry, the first group of Chinese planes flew into an area near the Pratas Islands, with two bombers closing in on the atoll.

Then, the second group flew into the Bashi Channel that separates Taiwan from the Philippines, a key waterway linking the Pacific with the disputed South China Sea.

Joseph Wu, the Taiwanese Foreign Minister, took to Twitter to condemn this action by Beijing, writing, “Of course it is a threat. What surprises me is that the People’s Republic of China no longer needs to feign an excuse”.

China’s reason given for these incursions in the past has always been the same, claiming that such flights were intended to protect the country’s sovereignty, and prevent “collusion” between Taiwan and the United States, the island’s most important international ally, as reported by larazon.es.