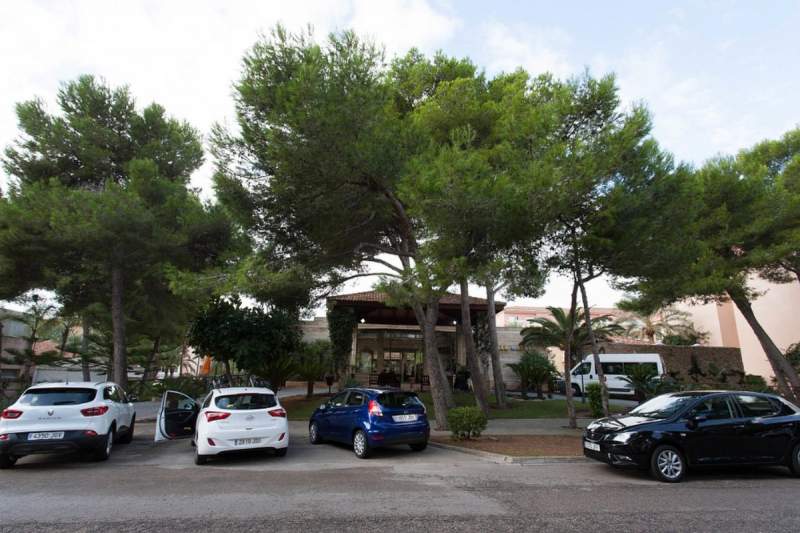 Toddler fights for life in Mallorca after being hit by falling roof tile in freak hotel accident. image: Twitter

A toddler is fighting for her life in a Mallorcan hospital after being hit by falling roof tile in a freak hotel accident.

The accident happened just after midday yesterday as the 14-month-old baby girl and her parents were said to be taking refuge from the rain under an entrance porch of the hotel before tragedy struck.

The heavy tile is said to have slipped from the roof on top of the tot during the freak accident at the Green Garden Aparthotel in Cala Rajada. The youngster was stabilised by paramedics at the scene before being rushed to the island’s Son Espases hospital and admitted to a paediatric intensive care unit.

The little girl, who was on holiday with her family, is believed to be Dutch, the hotel is located on Majorca’s eastern coast. A source at Son Espases Hospital said the toddler is in a “very serious” condition after suffering severe head injuries.

According to The Sun, Guardia Civil officers on the Spanish island have been brought in to investigate the accident and when complete will present a report to a local judge tasked with coordinating the probe. Local reports said that the tile was thought to have come loose because of the heavy rain.

It is not known whether the family were staying at the hotel or simply passing by when the baby was injured.

No one from the hotel, described as a four-star “family-friendly” accommodation with services “specially designed for children’s entertainment and adults’ relax”, have so far commented on the accident.

The Aemet met agency had issued a yellow alert for rain in Mallorca on Friday, October 1. The alert applied to the whole of the island, active between 12 midday and 6 pm, and suggested that there could be rainfall of 25 litres per square metre over a one-hour period and could be accompanied by storms.