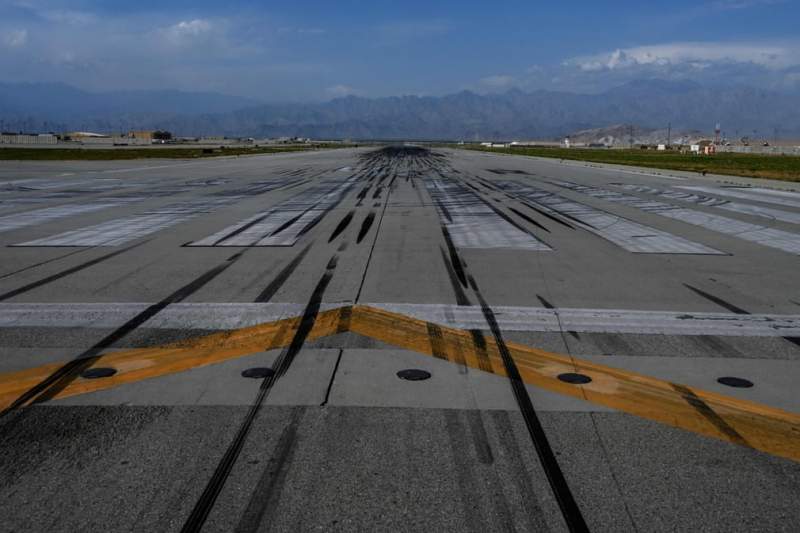 Chinese military aircraft have reportedly been spotted landing at Bagram airforce base in Afghanistan.

There have been multiple reports of military planes arriving at Bagram Air Base in Afghanistan just hours after images surfaced showing that the base had been restored to power for the first time since US forces evacuated the stronghold in July this year.

Images circulating on social media appear to show spotlights illuminating the runway of the airbase in the distance, amid reports that several military planes have taken off and landed at the base in recent hours.

Several sources have suggested that the planes are Chinese as the Taliban are believed not to have the expertise required to power the base or maintain and operate several military aircraft.

It comes after the director of the China program at the think tank Stimson Center, Yun Sun, said China would likely be very interested in occupying the airbase after the US withdrawal.

US forces in Afghanistan left their main base at Bagram airport overnight in July — turning off the lights and slipping into the night without telling government forces who should take over.

It was revealed recently that a Chinese delegation had visited the Bagram airbase, formerly the largest US military base of Afghanistan, last week and conducted reconnaissance. Sources told CNN-News18 that it was not clear why the top Chinese intelligence and military delegation visited the airfield in north Kabul, but they were reportedly collecting “evidence and data against Americans”.

It seems that the Chinese want to set up an intelligence “facility” in collaboration with the Taliban and Pakistan keeping an eye out for any support to Uyghur Muslims of Xinjian province in China, the sources added.