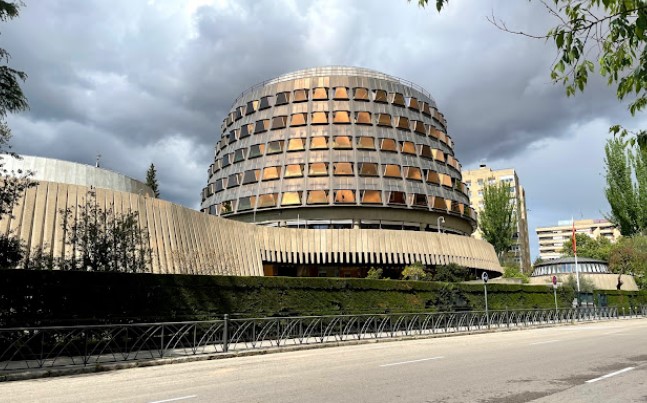 Constitutional Court to sit this Tuesday 5 to decide if second state of alarm was illegal. image: google

The Constitutional Court in Madrid will study in the plenary session that begins this Tuesday, October 5, to decide whether or not to declare the second state of alarm to have been illegal.

Juan Jose Gonzalez Rivas, the president of the court, has already postponed this debate once after it had been scheduled to start in September. This was due to an internal division in the plenary session.

It is believed that neither side has changed their views in recent weeks, and they are said to be in “irreconcilable positions”. This session is being held to determine if the Government evaded parliamentary control and gave the autonomies powers that they should not have.

Sources close to the court explained to SUR that Gonzalez Rivas and his closest environment are under no illusions about the consensus of this session. It is thought to be not only an impossible decision to decide upon, but indications are that there will be quarrel and division, just as happened last July.

In the July session, the court voted by six votes in favour and five against, to declare the fundamental axis of the first state of alarm, home confinement, as illegal.

Judge Antonio Narvaez, is the person in charge of presenting the sentence, along with Pedro Gonzalez-Trevijano, writer of the ruling that overturned the home confinement of 2020.

Narvaez’s draft does not beat around the bush. He states that the state of alarm which ran from last autumn, through winter and into spring of this year, was illegal. His reasoning is that the Government made a decision that was contrary to the spirit of the Magna Carta of Organic Law 4/1981, of the states of alarm, exception, and siege, to evade the periodic control of Congress every fifteen days.

According to Narvaez, the Executive of Sanchez also violated the legality by leaving the application of the state of alarm (known as “co-governance”) in the hands of the autonomous regions, something that is not contemplated in the Organic Law 4/1981, as reported by diariosur.es.