Frank Bruno reveals he was sectioned during lockdown 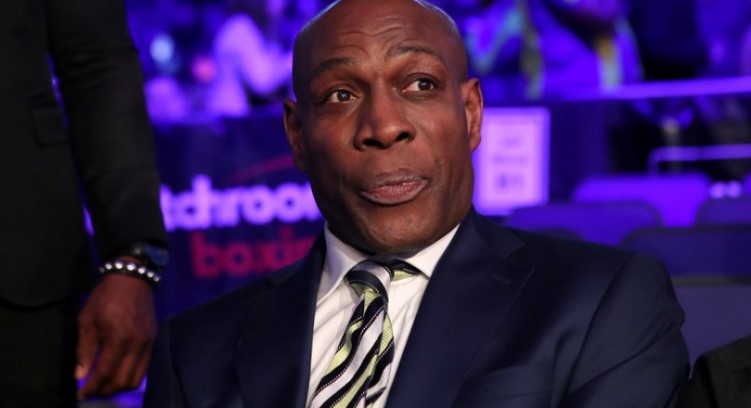 Frank Bruno reveals he was sectioned during lockdown. image: twitter

Frank Bruno has today, Saturday, October 2, revealed how he was sectioned during lockdown under the Mental Health Act. The former world heavyweight boxing champ – and national treasure – spent six weeks in hospital after being taken there by the police.

Frank, who suffers from bipolar disorder, and is a campaigner for mental health, admitted, “I hit rock bottom”, claiming that the pressures of being confined during the lockdown, plus losing friends to coronavirus saw him suffer another breakdown.

A shocking by-product of Frank’s state of health comes as he revealed to The Sun, “I got a call late one night from a number I didn’t ­recognise. When I answered it, I could hear singing and laughing in the background”.

He continued, “It quickly became clear that one of the staff in charge of my aftercare was on his mobile down the pub and passing me around his mates”.

Having twice fought the legendary world boxing champion, Mike Tyson, in 1989 and 1996, Londoner Frank is no stranger to fighting, but commented on his situation, “It has been the hardest and most terrifying time of my life. I hit rock bottom and ­suffered a breakdown”.

The 59-year-old opened up, “For my own safety, and for the safety of others, I was sectioned, and taken back into hospital. I had to face up to the fact that my illness had returned after years of keeping a lid on it. I had to fight for my sanity, and there were times I feared I wouldn’t get through it”.

“Being locked up against your will is the worst thing you can ever imagine. It’s ten times scarier than boxing. Being in a hospital for weeks during the pandemic only made it all the more terrifying. But, thankfully, not least due to the support and love of family and friends, I was able to pull myself away from the cliff edge. I’m still standing”, he added.

As he explained, once lockdown started, so did his nightmare, “All the routine and structure in my world ­vanished. Work started to be ­cancelled. Gyms closed. And the health spa near my house, which is like a second home, shut too. I quickly felt like a bit of a prisoner in my own home, and my illness started to take hold again”.

“Then, when I started to lose friends to Covid, it was like a ­perfect storm was crashing around above my head”.

Luckily for Frank, he is surrounded by a group of friends, managers, and of course family, who all care for his health, and they were alerted to his sudden change. This included a loss of weight, and excessive training bouts.

In 1996, after his second title fight against Tyson, he was advised to retire, or risk losing the sight in his one eye. When Frank called boxing promotor Frank Warren’s office, asking them about arranging boxing matches, the alarm bells started ringing.

Eventually, for his own well-being, on June 28, 2020, Frank was driven in a minibus to Luton and Central Bedfordshire Hospital, accompanied by two police officers, where he was admitted to the mental health unit. He stayed there for six weeks, where he underwent intensive treatment, and is thankfully now on the mend.