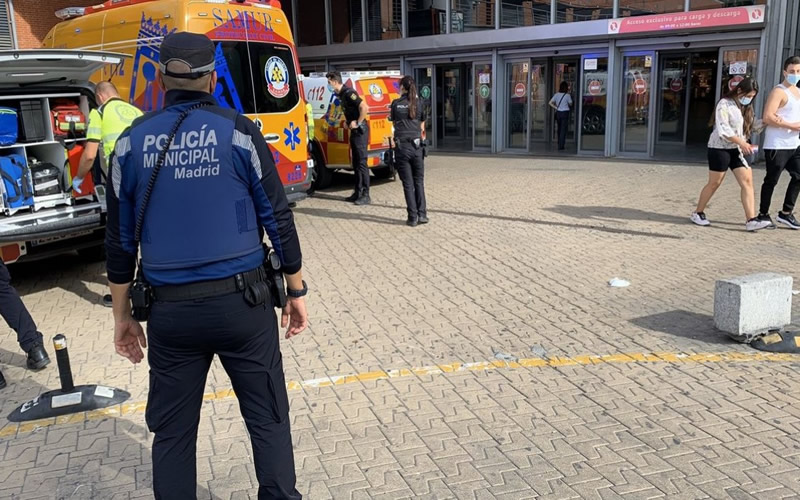 Madrid police are conducting an investigation after arresting a 19-year-old man today, Sunday, October 3. He was detained for stabbed another person while travelling on the Cercanias C-2 train line in the city, heading in the direction of Segovia.

As reported by the Higher Police Headquarters of Madrid, to Europa Press, the incident occurred at around 4pm. While the train was between the stations of Atocha and Recoletos, the young man apparently stabbed a 32-year-old passenger with a kitchen knife.

Passengers who witnessed the attack alerted the train driver, who returned his train to the main Atocha station. The aggressor, a Spanish national, managed to flee the train but was finally captured by National Police officers on Calle Comercio, near the train station.

The injured man, also a Spanish national, was treated by medics from the Samur-Civil Protection service who were waiting as the train pulled in to Atocha. He was stabilised and intubated there in the train carriage.

After being treated hetransferred to the Gregorio Marañon Hospital, where he was admitted with stab wounds to his abdomen, with evisceration. Sources from the hospital reportedly informed Europa Press that the man’s prognosis was serious.

Samur-Civil Protection medics also tended to the aggressor, who had cuts to his hands. Subsequently, he was taken to the University Hospital 12 de Octubre, where his prognosis was not serious, according to 112 Emergencias Madrid.

One passenger had to be attended by a Samur psychologist after showing signs of anxiety after witnessing the stabbing attack.

Provincial Information Brigade of the National Police officers have taken over the investigation to try and determine the circumstances leading up to the incident. First indications suggest it could have been a settling of scores, but they are hot ruling out any hypothesis yet, as reported by laopiniondemalaga.es.