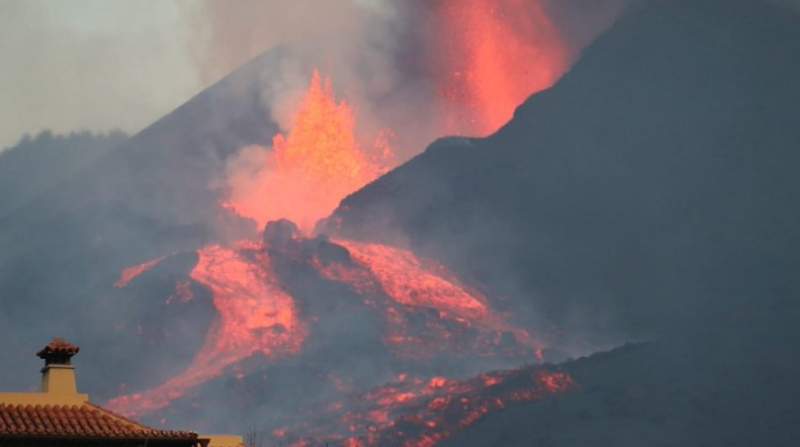 Part of the main cone of the Cumbre Vieja volcano on La Palma island has collapsed this evening at around 9:10pm. This update was announced by the Forward Command Post during the daily press conference this evening, Sunday, October 3, involving the scientists who are monitoring the situation.

They have also revealed that at around the same time, there was a noticeable increase in the intensity of the magma output. This increase in emission at the top of the volcano is due to a morphological modification of the terrain, that is, the collapse of part of the main cone.

As announced this morning by members of the National Geographic Institute (IGN), in the early hours of the morning, the magma itself caused the secondary cone to collapse, and the Copernicus satellite has reported the lava flows to be covering an area of 397.5 hectares.

As a result, throughout today, an increase in explosive activity has been detected, so the appearance of new fissures is not being ruled out, as is clear from the opinion issued daily by the Pevolca Scientific Committee.

Carmen Lopez, responsible for IGN’s volcanic surveillance, pointed out that although the activity of the tremor is more intense, it has not yet reached the level recorded between September 24 and 27 , which was a lot more intense than now.

She reminded everybody that when this activity last reached its maximum, there was a stoppage, and the volcanic material was not able to exit, with the tremor decreasing sharply until another eruption started, based on a series of violent explosions.

The new stream that appeared on October 1 still continues to flow westward, parallel to the stream that has already reached the ocean. It has already met the previous stream at the Los Campitos road, and in the last few hours there has been a lower emission rate, in relation to past days, as reported by elperiodico.com.