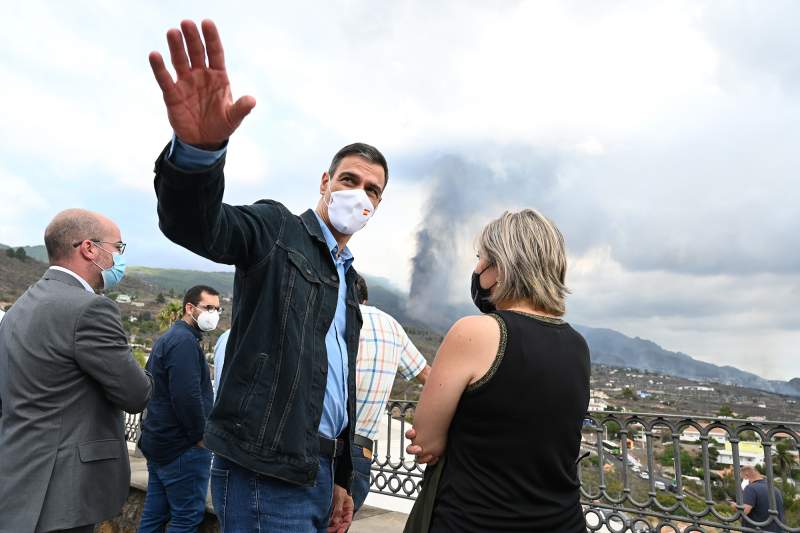 Spain’s president, Pedro Sánchez, has returned to La Palma today, Sunday, October 3, to learn about the priorities and recovery proposals of the mayors of the municipalities affected by the volcano eruption, the Cabildo de La Palma and the Regional Executive.

The President toured the areas affected by the eruption of the volcano on La Palma and has acknowledged the emergency coordination work carried out from the advanced command post, installed in the visitor centre of the Caldera de Taburiente National Park.

The Minister of the Presidency, Félix Bolaños, said this week that,” Sánchez’s third trip “is a demonstration of the Executive’s commitment to the island.”

The volcanic eruption began on September 19 and was centred around the municipality of El Paso. Four days later, Pedro Sánchez travelled to the island along with the king and Queen of Spain, after returning from a trip to New York.

Bolaños announced that the Council of Ministers had agreed to allocate 10.5 million euros to La Palma and has ensured that in the coming days the money will be available to the authorities for the purchase of homes for residents that had lost their properties.