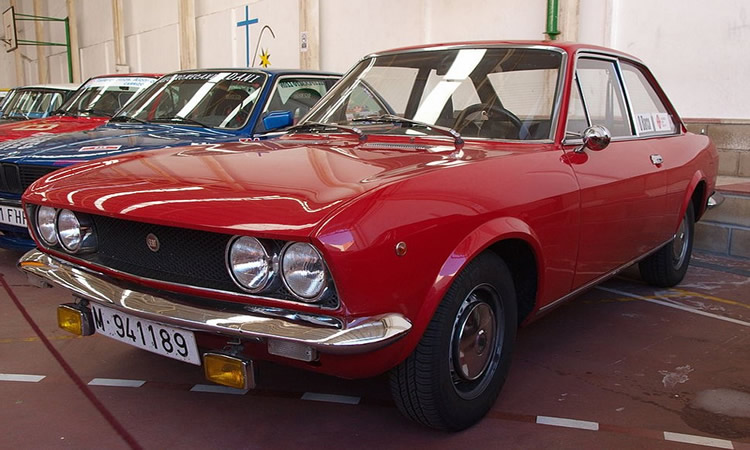 A classic car event held in Antequera on Saturday, October 2, attracted more than 100 vehicles, all of which had to be over 30 years old to take part.

More than 200 people gathered initially at 11.30am, in Bobadilla Estacion, to participate in the 1st Concentration of Classic Cars, organised by the Local Autonomous Entity (ELA), then proceeded to tour the streets of Antequera.

Authorised by the General Directorate of Traffic (DGT), and escorted by Antequera Local Police, the vehicles started out from the La Dehesa restaurant. The parade of cars headed towards Avenida de la Estacion, before continuing down the El Romeral road, until they reached the train station.

A line of vehicles almost 2km long contained some mythical models, including the Seat 1500, the Citroen 11 light, the Ford Escort, and the Seat 600, accompanied by many varying models of Seat. Antequera was transformed into a classic car museum for a few hours, viewed by residents and tourists alike, who flooded the streets for a view as they drove by.

At 1pm the vehicles assembled in Paseo Real, where they parked for 40 minutes to give car enthusiasts the opportunity to look at the different vehicles that were lined up. This was followed by the presentation of five trophies, including one for the oldest car, the newest driver, and the oldest driver. There were also awards for the ‘most liked car’, and another for the most attractive Seat 124.

Luis Moreno, the representative in Malaga of the National Club Seat 1430, 124 and 124 Sport, and a native of Bobadilla, was the brains behind this wonderful event. He was so happy as he said, “I thought it was going to be smaller, but it finally got out of hand. Our goal is to give these cars a second chance because normally with these years, they would be scrapped”.

Mr Moreno waited for his retirement to fully immerse himself in the world of classic motoring by acquiring a 52-year-old Seat 1430 a couple of years ago, “A classic car needs a lot of care and pampering, as if it were a small child”, he admitted.

Antonio Casaus, aged 27, an Anterquera-born classic car lover, was Luis’s collaborator. He told how his dreams came true last January when he managed to get hold of a Seat 124, which he later changed for his current inseparable 1968 Volkswagen Beetle.

“I use it more than my new car”, he enthused, “In this world, the fans are all one, it is not like other hobbies that there is a lot of competition”. The club plans to organise another national concentration in Malaga capital soon, in order to continue highlighting these classic motors, as reported by laopiniondemalaga.es.