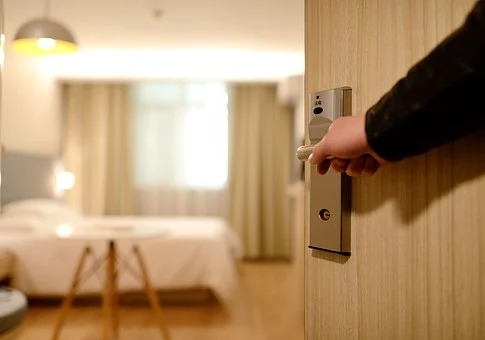 Bob Fiddaman headed back to Birmingham from Panama in late September when he found out his elderly father “was not going to pull through.”

Bob headed to his quarantine hotel in Solihull where he requested security staff let him leave so he could say his final goodbyes to his father. He found out that it could take hours for permission to be granted if at all. At this point, he walked out.

Bob is now isolating in his hotel room. He explained: “Any person in my position would have done exactly the same.

“I was fed up hearing the word ‘but’…there should be no buts.

“My father was dying and I wanted to say my goodbye. I’m a human being, I need to be with my family and that’s not happening.”

When Bob found out that his father was dying he made plans to return to the UK. He booked a PCR test and organised a flight. He also paid for aquarantine hotel costing over £2000.

At one point he was told that even if he did leave the hotel he would only be able to do so for four hours. Bob asked: “Are you expecting me to guess when my father would die?”

Bob decided to see his father and explained: “I asked my son to come pick me up. It was around 9.30pm. I said to security, ‘I’m leaving, you do what you have to do, I have to do what a son has to do.


“We drove to Alcester and stayed with my dad until he died at 12.05pm on October 1.

“I stayed around for two hours with my sisters and family and came back to the hotel. I was told I couldn’t go back to my room and did a PCR test which came back negative. I was then allowed back into my room.”

When he returned to the hotel he was visited by police officers. There were compassionate though and chose not to fine him.

“They were really nice and showed compassion,” said Bob. “They said ‘OK, we are not going to fine you. I did say that I wanted to see my father in the Chapel of Rest and they said they would help me with that.”

The determined son is now spending the rest of his time in quarantine. He commented: “There’s nothing to do apart from watch TV, keep in touch with people on WhatsApp and go outside for a cigarette.

“I want to be with my family at this time of grief.”