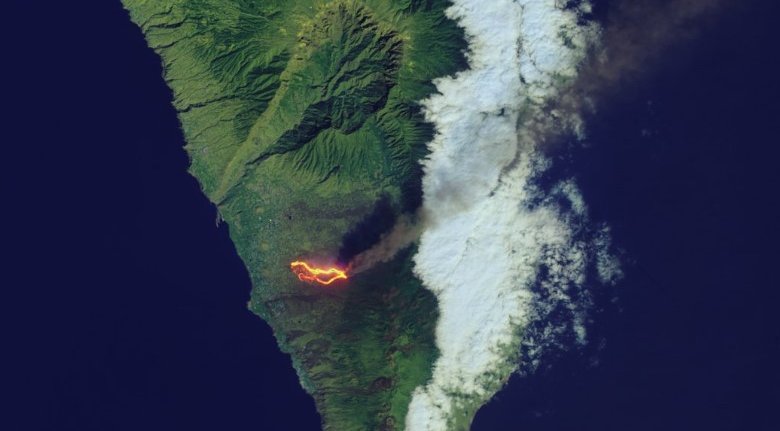 The air quality is expected to deteriorate on the Canary Island of La Palma as the Cumbre Vieja volcano keeps pumping out clouds of ash into the atmosphere. This was reported today, Monday, October 4, by Ruben del Campo, a spokesman for the State Agency for Meteorology, AEMET.

Del Campo pointed out that the situation will probably get worse on Tuesday, October 5. Ashes from the volcano are moving towards the south and west of the island, which he explained will only worsen the air quality in those areas.

This, he assures, is due to the existence of particulate material, which will be more noticable in the areas closest to the active volcano, as the trade winds start to blow with intensity.

“Given the decrease in air quality in areas close to the volcano, it was decided to evict the scientific and emergency personnel, as well as the neighbours who had gone to collect belongings from their homes. The quality of the air in non-evacuated areas near the volcano’s emissions are within normal levels”,  Del Campo wrote in his report on Monday morning.

According to the Department of the ash is affecting mainly the southern slope of La Palma at the moment, but it is not ruled out that finer ash particles may reach the island of El Hierro.

Technicians from the Geological and Mining Institute of Spain also had to abort the reconnaissance work that they were carrying out on Sunday, October 3, in the Laguna mountain with a drone, due to a warning of danger due to gases.

A video of the La Palma volcano released this Monday, October 4 by the National Geographic Institute (ING) through its Twitter account, was taken by the DJI Mavic 2 Pro drone flying over the volcanic cone.

Images in this video footage below show the fierce intensity of the activity in the erupting volcano, as reported by 20minutos.es.