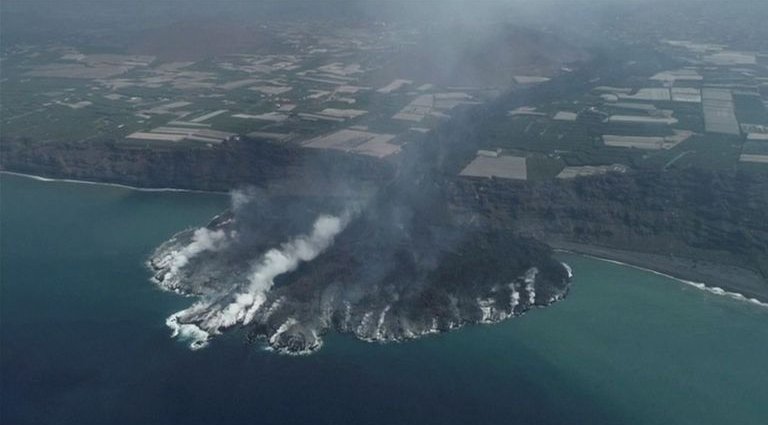 The first research campaign on the effect of lava on the marine environment near La Palma has ended.

The oceanographic vessel Ramón Margalef arrived in Santa Cruz de Tenerife on October 4 after completing the first study on the effects of the entry of lava into the marine environment.

In total, about 3,000 seawater samples have been collected, during the research campain near La Palma. They were collected from the surface to up to 1,200 metres deep and, some of them, a few metres from the wash thanks to the use of drones piloted by the SeaDrone team from the Institute of Marine Sciences of Andalucia (ICMAN-CSIC) that have also analysed the surface temperature of the water around the lava delta thanks to a thermal camera.

The study will now be completed in more detail in the laboratories of the Oceanographic Center of the Canary Islands of the IEO-CSIC, where the following variables will be analyzed, among other variables: salinity, dissolved oxygen, turbidity, photosynthetic pigments, pH, existence of reduced species, carbon dioxide system. carbon, heavy metals, methane, nitrous oxide, ash concentration, as well as the abundance and diversity of the different compartments of marine plankton.

These chemical and microbiological analyses of the samples collected both from the ship and with the drones will focus on plankton microorganisms located at the base of the food chain, which respond quickly to disturbances and bellwethers of the environmental status of the marine ecosystem.