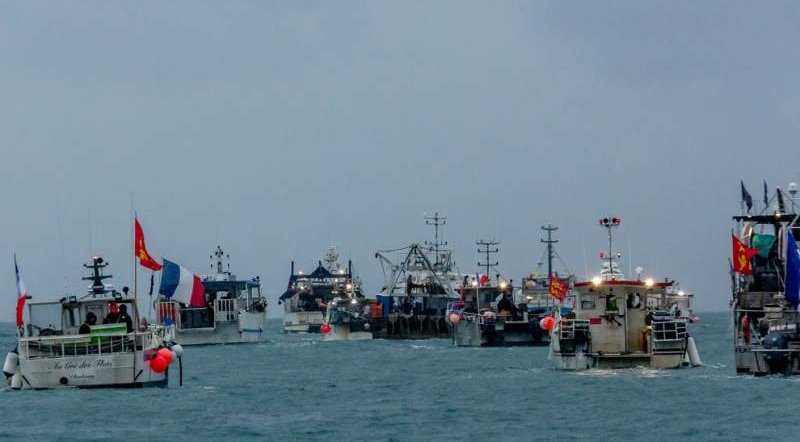 France has issued a veiled threat to cut off the UK’s energy supplies in order to make Boris Johnson comply with Brexit agreements- including Jersey fishing rights for French fishermen.

Clement Beaune, France’s European affairs secretary, said the UK is not honouring the agreement and warned “measures” will be taken “in the next few days. The United Kingdom depends on our energy supplies…”

Rows over the UK’s adherence to the Brexit deal have been commonplace throughout the year. The latest one has come after Jersey – which is not part of the UK but is a crown dependency – refused fishing permits for dozens of French boats.

Beaune told the Europe 1 radio station today, Tuesday, October 5: “Enough already, we have an agreement negotiated by France, by Michel Barnier [who had been the EU’s chief Brexit negotiator], and it should be applied 100 per cent. It isn’t being.

“In the next few days – and I talked to my European counterparts on this subject yesterday – we will take measures at the European level or nationally, to apply pressure on the United Kingdom. We defend our interests. We do it nicely, and diplomatically, but when that doesn’t work, we take measures.

A large delivery of the Oxford/AstraZeneca vaccine expected to arrive in the UK was instead diverted from Holland. The PM then successfully focused on keeping Pfizer jabs flowing- Tories last night (Monday, October 4)  said France’s actions could have cost lives.

In a post-Brexit strop, they also threatened to stop the Pfizer vaccine from being sent from Europe to the UK — despite many vulnerable and elderly people desperately needing it for second jabs.