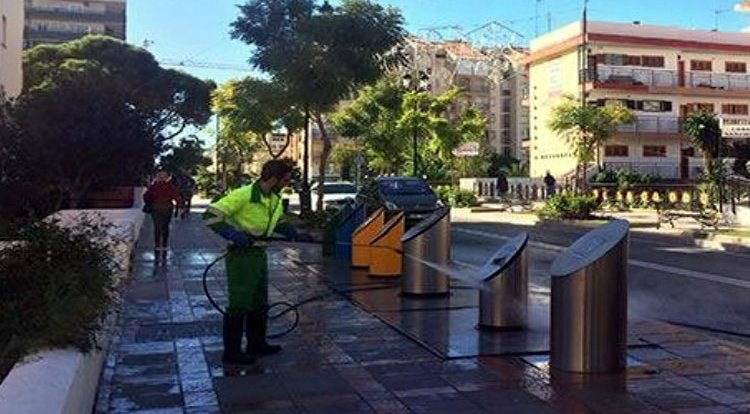 Fuengirola street cleaners unions made up of the CSIF, UGT, USO, and CCOO, have called a strike that will start this Friday, October 8. These are the unions that represent the street cleaning and urban waste collection service of Fuengirola.

A lack of negotiation by the company FCC Medio Ambiente SAU – the company that controls the service contract – is cited by the unions as their reason for calling the strike action. They also cite their dissatisfaction with the company’s initiation of a substantial modification procedure of the collective working conditions, with the application of article 41 of the Statute of the Workers.

Negotiations with regards to this problem had begun back in February 2020, but were interrupted by the pandemic and the subsequent restrictions. The unions claim that there has been a refusal by the company towards any type of wage increase, or economic and social movement.
FCC SAU was awarded the contract with Fuengirola Town Council after a judgement by the TSJA, instructing them to do so. This came as a result of the TSJA observing irregularities in the granting of the contract to the previous company, Urbaser.
The unions claim that this has led to a lack of updating of the specifications, and the committee has denounced the precarious salary suffered by the contract workers. They pointed out there are salary differences that exist compared to other neighbouring municipalities for the same work carried out, and even within the same municipality.
On previous occasions, the union has expressed to the Town Council the need to update the tables of the tender specifications, so that when bidding for future tenders, the very low salaries received by the contract personnel can be corrected.

At the height of the pandemic, the unions argue that the workers had carried out their functions as an essential service, even with a lack of PPE, demonstrating a professionalism that justifies some demands according to their work and status. At the end of the day, claim the unions, it is about being able to achieve decent salaries for the employees of the service, as reported by laopiniondemalaga.es.