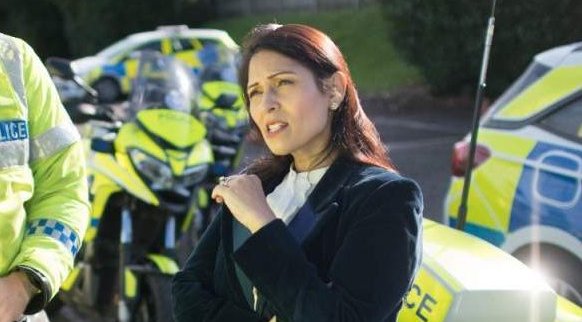 The government is to launch tougher penalties for protests causing disruption on motorways.

The government is set to bring forward tougher penalties and new police powers to crack down on disruption caused on motorways and other key transport infrastructure.

Home Secretary Priti Patel said on October 5 that a suite of amendments will be introduced to the Police, Crime, Sentencing and Courts (PCSC) Bill in the House of Lords.

The announcement follows the “dangerous and thoughtless behaviour of Insulate Britain members, who have caused significant disruption and misery to millions of hard-working people in recent weeks.”

The measures include a new offence of interfering with the operation of key infrastructure – including motorways, railways, and airports – where the impact will affect the distribution of essential goods, such as fuel and medicine. The new offence would carry a maximum sentence of an unlimited fine, a year imprisonment, or both.

It will also cover media printing premises, in light of the significant disruption caused by Extinction Rebellion protesters to newspaper deliveries last year.

The government will also propose amendments to deal with the lock-on tactics used by groups including Extinction Rebellion and Insulate Britain.

A new offence will be introduced to criminalise the act of locking-on and going equipped to lock-on, whereby it causes or is likely to cause serious disruption. The maximum penalties will be set at an unlimited fine, six months’ imprisonment, or both.

In response to feedback from police, we will also introduce new stop and search powers to allow officers to search individuals and seize items that are likely to be used for lock-ons.