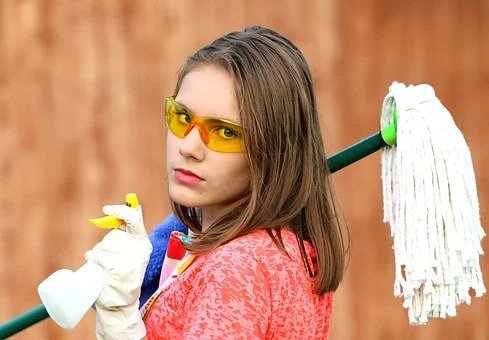 Baffling ‘dead fly test’ royal cleaners have to pass before they can work for the Queen.

Anyone wanting to work for the Queen or in any of the royal residences needs to be top-notch at their job. Even those who do not report directly to a member of the Royal family have to go through demanding interviews.

One of the more bizarre tests that potential candidates for cleaning positions have to pass is the “dead fly test”.

Tracey Waterman is the head of recruitment. She revealed to Channel 5 on the documentary Sandringham: Royals at Christmas, exactly how she chooses the perfect housekeeping candidate.

Tracey spoke of just one of the tests that she uses to test potential housekeepers. She revealed: “One of the tests I like to do, to see if a candidate has potential eye for detail, is to place a dead fly, either in the fireplace or on the carpet.

“Once the dead fly is placed, I then bring the candidate into the room.”

Tracey allows the candidate to look around the room quickly. She then ensures the candidate has a chance to admire the fireplace. This is where the test starts.

Tracey commented: “At this point I’d expect them to see the dead fly, and hopefully pick it up.

“It’s a great test, maybe out of 10 people half the candidates will notice the fly.

“One out of ten will actually bend down and pick it up, that’s the special housekeeper.

“The difference between a housekeeper in a five-star hotel and in a royal palace would be attention to detail.”

Being a royal housekeeper comes with perks. The successful candidate from last year’s search for a housekeeping apprentice got to live at the Palace. They also had all their travel expenses and food paid for.